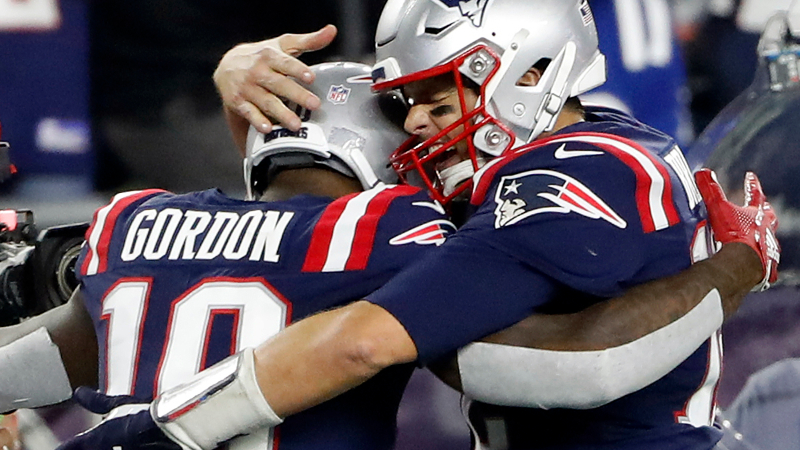 The Patriots always get off to a slow start until they eventually prove to be one of the best teams in the NFL.  This year, they decided to dig themselves a bigger hole than usual before turning things around.

It was only two weeks ago that we were worried they would fall to 1-3 while the Miami Dolphins remained undefeated.  That’s a mountain that this team has not been accustomed to climbing over the 18 years of the Brady/Belichick era.

Then they slaughtered Miami 38-7 and followed it up with a 38-24 win over the Colts on Thursday to improve to 3-2.  All of a sudden there’s nothing to worry about.  Everyone knows that every great Pats team starts 3-2.

The play of the game came from none other than Josh Gordon, whose first Patriots touchdown was a memorable one.  It was Brady’s 500th career TD pass and Gordon became the 71st player that he’s thrown one to:

It’s not an overreaction to say that catch induced Randy Moss flashbacks.  When people make that connection, they’re not referring to Moss’ most memorable plays where he went over the back of a defender or snagged it with one hand.  They’re talking about the fact that Gordon actually attacked the football and made a play on it rather than waiting for it to fall in his hands.  Since Moss, we haven’t had a wide-out who has that type of aggressive mentality combined with an All-Pro skill level.

There’s a lot to be encouraged about based on that one play.  Brady trusted Gordon enough to throw into double coverage after less than two weeks of practicing with the guy.  The Colts’ DB’s (not worthy of being named) didn’t even react to the ball because they thought they had him locked up.  But Josh Gordon is never locked up.

If the Dolphins lose to the Bengals on Sunday then the Pats take the division lead.  Even if they don’t, we all know who the best team in the AFC East is and we can trust that the standings will eventually reflect that.