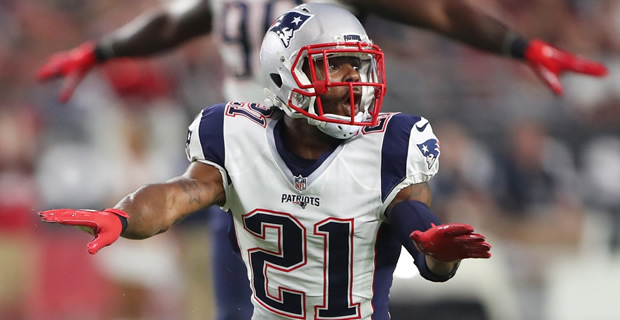 In the first half of the Patriots’ 30-17 win over the 49ers Sunday, there was a lot of talk about their linebackers’ inability to drop back in coverage since the departure of Jamie Collins.

In the second half, it was the Pats’ cornerbacks who stepped up and saved them from losing to a 1-8 team.  That, and Tom Brady turning it up and leading the team to 17 points in the fourth quarter.

If you watched the game, you probably don’t remember seeing much of Malcolm Butler, Eric Rowe, or Logan Ryan.  That’s because they were hardly targeted, holding San Francisco’s wide receivers to just four catches.

Of course it does help that Colin Kaepernick has somehow fallen from the leader of a Super Bowl team to the worst quarterback in the NFL in a matter of four years.  Kap’s longest completion on the day was 19 yards to Chris Harper.

It’s really hard to judge just how good the Patriots’ defense was in this game because they played such an awful team, and next week’s match-up against the Jets probably won’t be much of a test either.  But at least we saw some encouraging things from the corners to somewhat make up for the issues at linebacker as well as the defensive line, which is suffering from a lack of Jabaal Sheard and now Alan Branch.  Branch was recently suspended four games for violating the league’s drug policy.

Luckily the Pats will face nothing but shitty offenses for the rest of the regular season, although that could come back to bite them come playoff time.  For now, they’ll focus on stopping Ryan Fitzpatrick and the 3-7 New York Jets at the Meadowlands.  Kickoff is on Sunday at 4:25 pm ET.