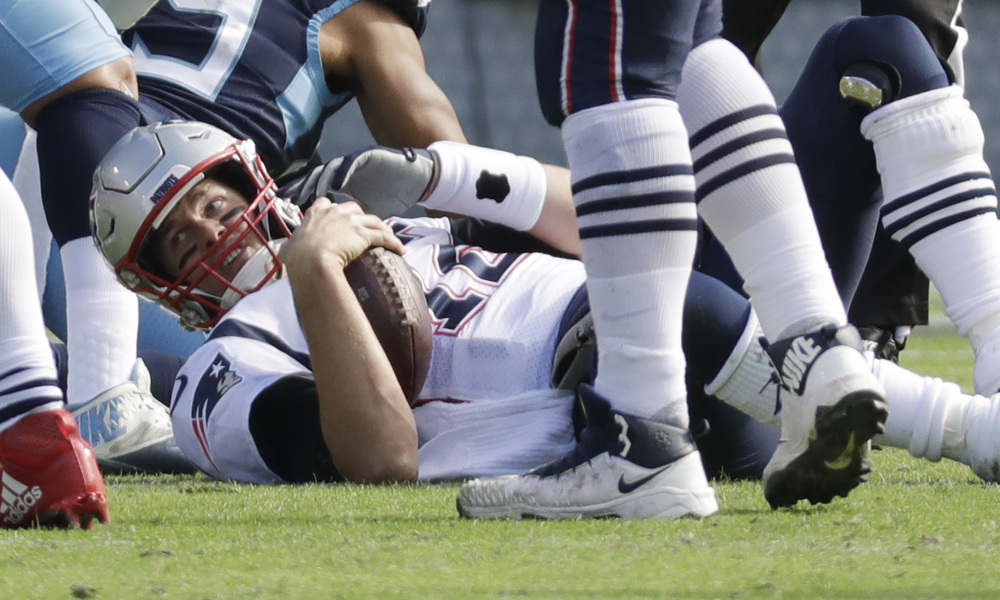 We can no longer say the Patriots are going about business as usual.  They’re not following their typical narrative where they struggle in September, run the table in October and November, and make sure they’re firing on all cylinders by December and January.  Sunday afternoon’s 34-10 embarrassment in Nashville was the most lopsided November or December defeat in the 18 years of the Brady/Belichick era.

The Titans clearly had an unusual advantage with Mike Vrabel at the helm, but it was more than that.  From the opening kickoff Tennessee was faster and more engaged in all three phases.  The Patriots lacked effort, something I never thought I’d say about a Bill Belichick coached team.

On top of the lackadaisical approach, Tom Brady looked like a 41 year-old as he pulled a Cordarrelle Patterson and tripped over his own feet in the open field.  Gronk once again watched from the sideline as his future becomes more and more uncertain.  Chris Hogan continues to do his disappearing act and Brady really only feels comfortable throwing to Josh Gordon and Julian Edelman.

Yes, the Pats are still 7-3.  No, they won’t miss the playoffs.  But one of the keys to their success is almost always securing home field advantage.  When they have to go on the road in the postseason, they usually lose.  They have a handful of weaknesses to improve on in order to avoid that scenario.

Vrabel’s postgame comments as well as Dion Lewis’ definitely added salt to the wound.  Not the way you’d like to head into a bye, but at least they have time to get their shit together before they take on the Jets at Foxboro on the 25th.