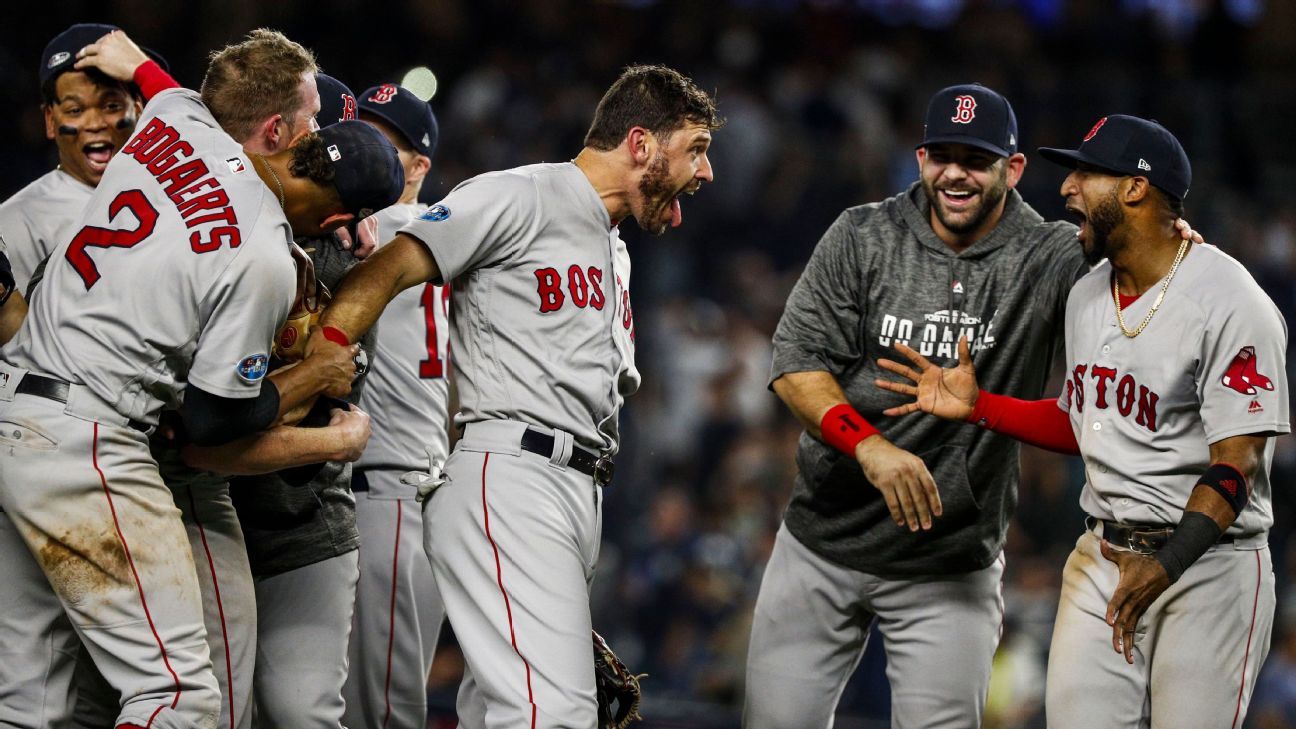 When you win back-to-back division titles and get bounced in first round both times, fans and media are always going to be skeptical about any regular season success the following year.  That following year could include a franchise-record 108 wins and we’ll still point to the bullpen’s inconsistency, the unreliability of certain starting pitchers in big games, and the likelihood that the offense won’t be able to bail them out as often in October.

Was the Red Sox’ bullpen flawless in the ALDS?  Quite the opposite, actually.  As usual, they made things a lot more interesting than they needed to be.  In game 1, Chris Sale left in the sixth with a 5-0 lead.  Ryan Brasier, Matt Barnes, and Craig Kimbrel then allowed a combined four runs as the Sox held on for a 5-4 win.  The lone solid reliever was Rick Porcello, who made an emergency appearance in the eighth.

The only strong outing from the bullpen ironically came in the one loss of the series.  Game 2 saw David Price continuing his tradition of getting lit up as a playoff starter, but it also saw the bullpen rising to the challenge and keeping the Sox in the game.  Price was chased after allowing three runs in two and a third.  Joe Kelly came in and proceeded to retire seven of the next eight batters before being replaced with Ryan Brasier, who got through the fifth unscathed and provided us with one of the more memorable moments of the playoffs thus far when he told Gary Sanchez to “get in the fucking box” before punching him out.  Brandon Workman was shaky and Eduardo Rodriguez allowed a three-run homer in the seventh to push the Yankees’ lead to 6-1, but the dominance of Kelly and Brasier were encouraging despite the loss.

There wasn’t much pressure on the pen in game 3 thanks to a gem from Nathan Eovaldi and a 16-spot from the best offense in baseball.  In game 4, Kimbrel allowed two runs in the ninth before escaping with the 4-3 win.

So here’s what we learned from this series: the Red Sox’ glaring issues are still present, but their strengths are enough to carry them, namely the offense.  As I said back in early July, this team won’t disappoint us in the playoffs.  Unlike in ’16 and ’17 they have the ability to put together big innings.

I also wrote an article in mid-August stating that the Red Sox’ bullpen wasn’t nearly as bad as certain local media personalities were making it out to be.  I’ll admit I began to backtrack on that take after they spent the next month and a half proving me wrong by constantly blowing leads, but the ALDS reaffirmed my original thoughts.  This bullpen isn’t great, but it’s good enough.

The Astros present a new challenge.  They’re the defending champs and will remain baseball’s powerhouse until someone knocks them off.  They buried the Sox in four games in last year’s ALDS and appear to be every bit as dangerous now.  But all it was going to take for me to stop being pessimistic was one playoff series win, so I’m taking the Sox in seven.  Do damage.