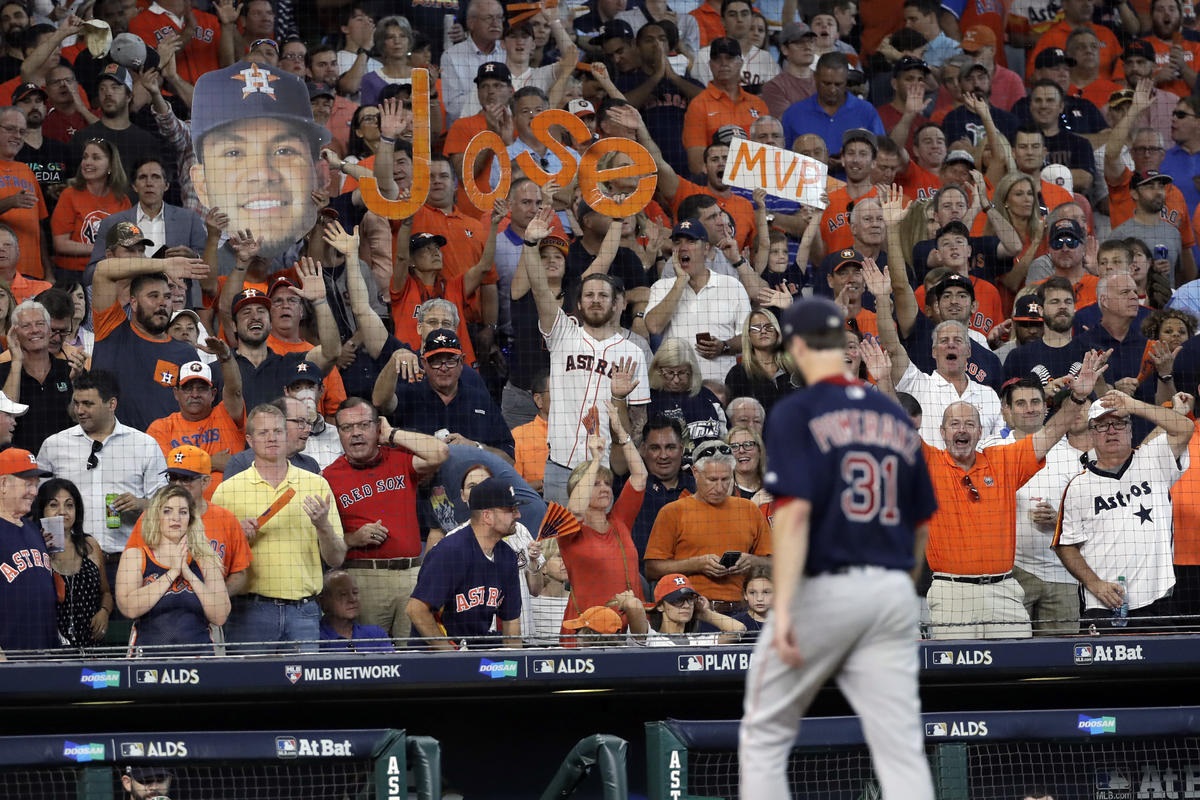 The 2016 & 2017 Red Sox were the first teams in franchise history to win back-to-back AL East titles.

Ironic when you consider that they’re the two worst Red Sox playoff teams in recent memory.  Before last year, 1995 was the only time the Sox had ever been swept in the ALDS after winning the division.  Now they’re on the verge of doing it twice in a row.

First things first.  The dancing needs to stop.  I thought the “win, dance, repeat” thing was cool last season when they were winning games.  Then they got swept by the Indians in three and it officially lost all of its shine.  I was shocked when they started doing it again this season, even taking it to another level with some of the theatrics.

I’m sure if they win at Fenway on Sunday they’ll do it again because it’s too late to stop now.  But unless we miraculously come back and make a deep playoff run, it should absolutely be left in 2017.

Second, a lot of fans and media are calling for Farrell to be fired.  Unfortunately I agree.  I think Farrell is a good manager and a good guy, but much like Terry Francona in 2011, his time in Boston is up.  Is it his fault that the Red Sox’ starting pitchers have an 11.09 ERA in their last five postseason games?  Definitely not.  We’ve seen some inexplicably bad performances from quality pitchers.  David Price and Cy Young winner Rick Porcello last year, regular season ace Chris Sale and 17-game winner Drew Pomeranz this year.  But this team is clearly lacking some leadership and that usually means a manager change is necessary.

The Sox will take on the Astros on Sunday at Fenway to try and salvage their season.  They’ll need a surprise gem from Doug Fister against the red-hot Houston offense.