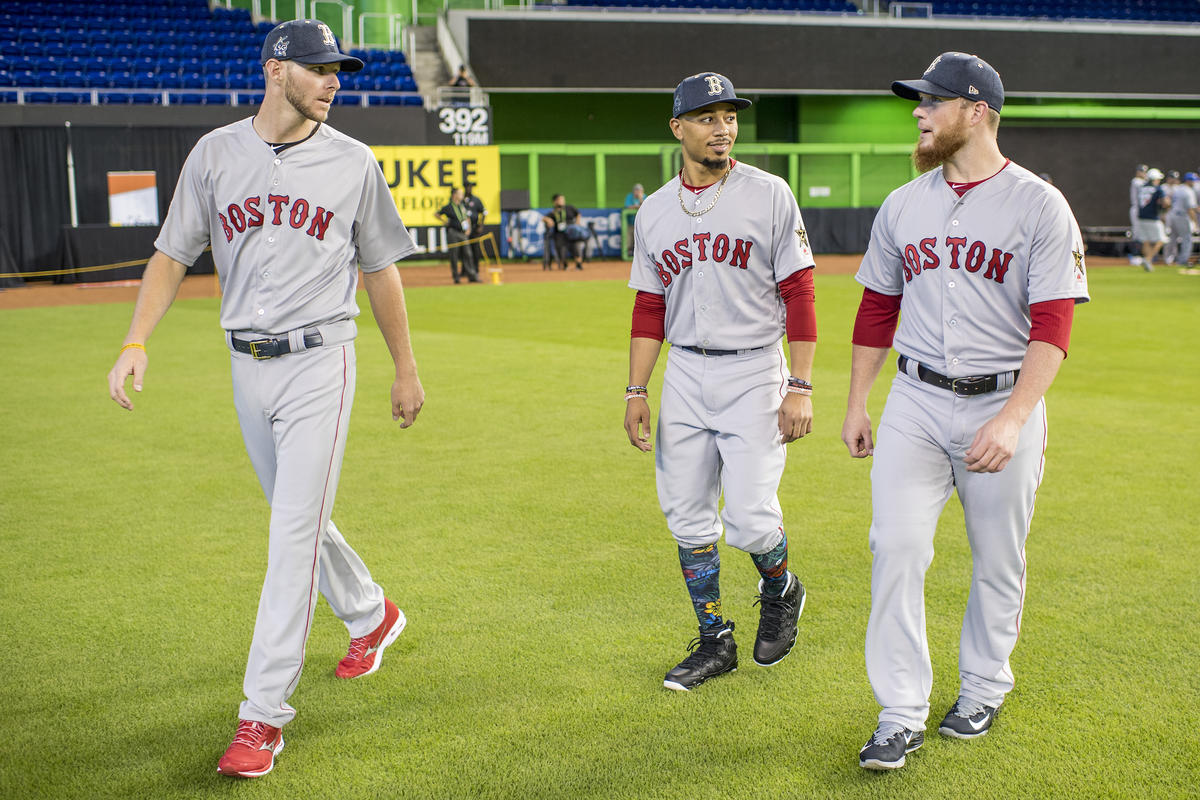 The Red Sox have the best record in the AL East at the All-Star break for the first time since 2013.  On Tuesday night in Miami, they showed everyone why.

All three of the Sox’ participants made notable contributions.  It started with Chris Sale making his second consecutive All-Star Game start.  He pitched two scoreless innings against the best hitters the National League has to offer, striking out Giancarlo Stanton and Marcell Ozuna.  As always, his ball-to-strike ratio was off the charts.  28 pitches thrown, 20 for strikes.

In the fourth inning, Nolan Arenado decided he would test Mookie Betts’ arm by tagging up from first on a fly ball to deep center.  As you can imagine, that plan backfired:

So you're going to try to run on @mookiebetts? #ASG pic.twitter.com/f0pgBQ45se

Craig Kimbrel entered the game in the 9th with the score tied at 1.  After throwing five straight balls to start the inning, the best closer in baseball settled down and struck out Josh Harrison.  He then walked Jake Lamb before Paul Goldschmidt hit a sacrifice fly to deep center, allowing Yadier Molina to advance to third.

With two outs and the winning run 90 feet away, Kimbrel struck out Michael Conforto to send the game into extra innings.  The AL eventually won in the 10th on a walk-off home run by Robinson Cano.

The All-Star break comes to a close at 7:10 pm on Friday when the Sox take on the Yankees at Fenway, kicking off the most important series of the year thus far.  Drew Pomeranz will be on the mound looking to improve on his 9-4 record.