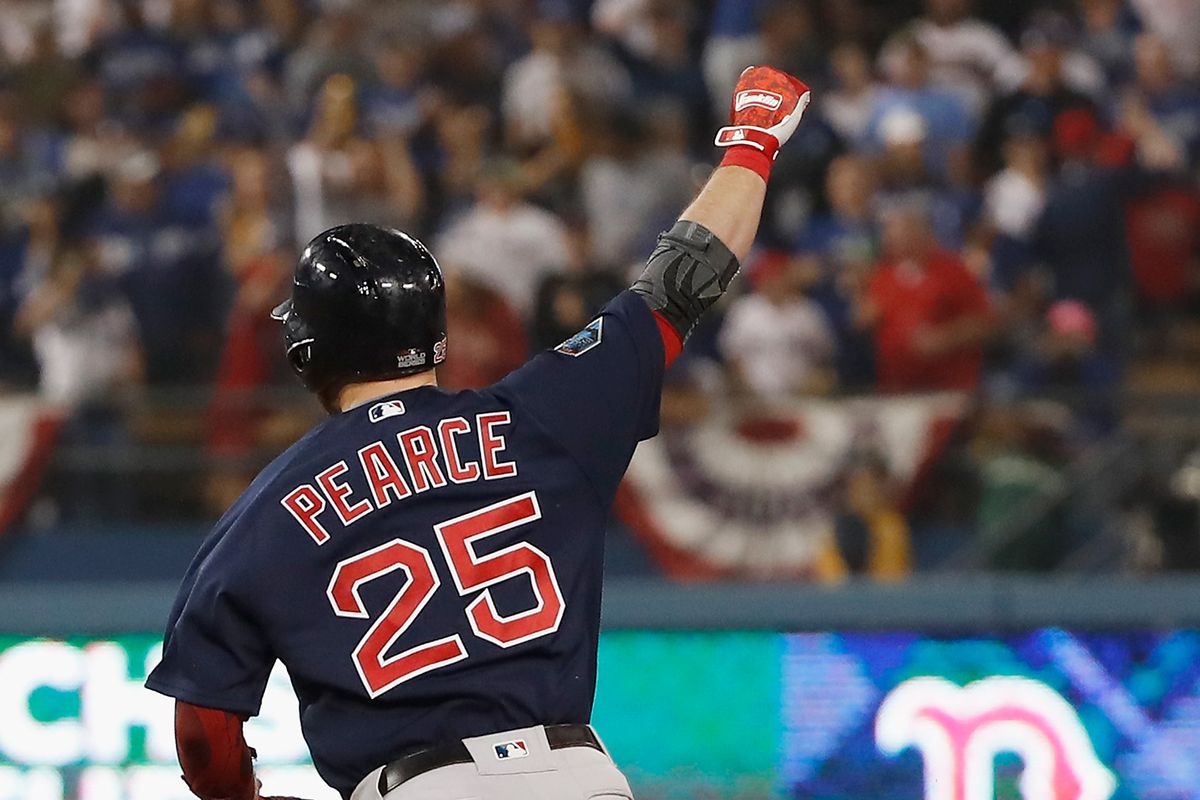 If you thought overcoming a 4-0 deficit in Los Angeles the night after falling short in an 18-inning, seven-plus hour battle was too much to ask, then you haven’t been watching this team all year.

We’ve seen it time and time again.  When certain guys are struggling, other guys rise to the occasion.  It doesn’t matter if the guys who are struggling are your two MVP candidates.  For every J.D. Martinez and Mookie Betts, there’s a Steve Pearce or Mitch Moreland ready to pick them up when things aren’t going their way.

Both starting pitchers were excellent in Game 4.  Rich Hill allowed one earned run in six and a third and was taken out way too early.  Eduardo Rodriguez was about to wrap up his sixth scoreless inning before a two-out Christian Vazquez throwing error gave the Dodgers a 1-0 lead.  E-Rod then allowed a three-run dinger to Yasiel Puig before being replaced by Matt Barnes.

The score was 4-0 in the sixth, and the Dodgers were 54-0 in 2018 when leading by four runs.  That’s a nice record and everything, but it hadn’t been put to the ultimate test.  They had never been up by four against the best team in baseball.

The Red Sox had the most comeback wins in the American League this year, and their ability to put together big innings late in games is one of the main reasons that they’re now 118-57 since the season started in late March.  Coming into the seventh, that lethal Sox offense had been held scoreless for 11 consecutive innings going back to Game 3.  They were due.  Their pitchers had been dominant over that span, so Mitch Moreland decided it was time to return the favor:

In the top of the ninth, Brock Holt hit a one-out double and was driven in by Rafael Devers.  5-4 Sox:

Then Pearce came through again and made sure this one wouldn’t slip away:

Yasiel Puig provided some motivation by showboating after his sixth inning homer.  Chris Sale added fuel to the fire by cussing out his teammates in the dugout.  Emotions were running high and the Sox were able to channel those emotions and absolutely own the last three innings of this game to grab a 3-1 World Series lead.  Time to close it out on Sunday.