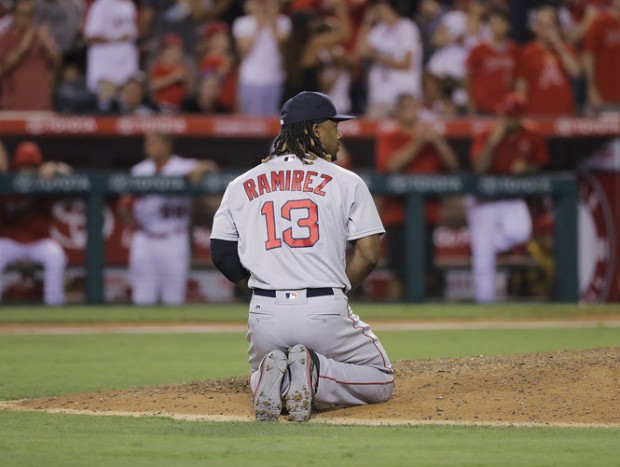 That’s four in a row now. Four crusty losses in a row by the Boston Red Sox.

In Thursday night’s match up against the LA Angels, the best offense in the league vanished against Jared Weaver. Jared Weaver throws his fastball about as hard as anyones grandmother, and his curveball relies heavily on gravity. How the hell this guy still gets the job done in the bigs is nuts.

The Red Sox only run came on a Mookie Betts sac fly, which drove in Sandy Leon, whose excellent 1st to 3rd base running put him in position to score on a fly ball. Aside that, the Sox did not do much with the bats at all. Then Hanley, well, he did his best Lucas Duda impression and threw a baseball into the 15th fucking row with the bases loaded and cost the Red Sox and David Price a win.

What is good, however, was David Price’s performance. People will say “oh its just the Angels they suck”, the Angels are 11th in the league in runs scored, so they have a potent offense led by the great Mike Trout. David Price was himself last night, while his body language sucks still, he was pretty damn good.

He made a slight adjustment in his delivery that led to better rhythm on the mound and overall better command. In his start last night he began his wind up by stepping backward with his lead leg, as opposed to closing off his body like he used to. This allows for him to be more square to the plate before delivery so he does not have to over compensate from the turn he used to have. This small change in his delivery gave him more control with all his pitches last night.

The real good news is Craig Kimbrel makes a rehab appearance Saturday with Pawtucket, so once we get him back we should have a nice 3 headed monster in the back of the pen with Taz, Ziegler, and Kimbrel. The combo of Ziegler and Kimbrel is really going to fuck with hitters, getting 86 mph fastballs from the dude’s knees with a frisbee slider followed by Kimbrel throwin 98-100 on the paint with the most absurd curveball is going to be unreal.

I guess my thing with Price comes down to he needs to be the psycho he was at Vandy. Everyone talks about how hes not living up to expectations, yeah yeah whatever. The thing that I want to see is a pissed off David Price, he has the stuff to be great, he just needs to go out to the mound with his head on fire. Instead of shaking his head after getting out of a bases loaded jam, I want a god damn fist bump or a huge ‘Lets Go’. 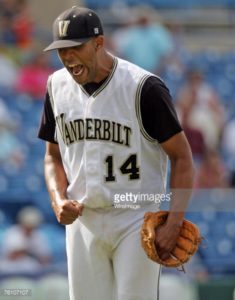