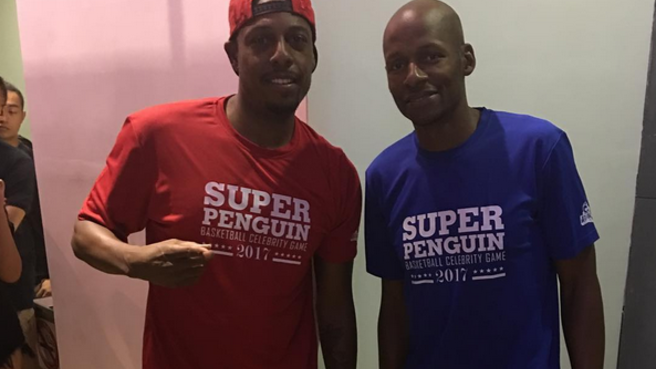 It’s been more than five years since Ray Allen stabbed all of us in the back.

You know the story.  The aging Celtics push LeBron and the Heat (their biggest rival at the time) to 7 games in the Eastern Conference Finals, Ray jumps ship and joins the Heat a few weeks later.

Then Paul Pierce and Kevin Garnett admit to cutting off contact with him, and he and KG have this awkward encounter on opening night of the 2012-13 season:

As the years passed, nothing changed.  A few months ago, KG invited Pierce, Rajon Rondo, Kendrick Perkins, and Glen Davis onto his ‘Area 21’ segment on TNT.  Even Doc Rivers made an appearance.

Ray was nowhere to be found, and Pierce and KG explained why:

Well it appears that one member of the Big 3 has finally called a truce.  While I can’t speak for KG and Rondo, we know that Ray has at least mended his relationship with Paul Pierce.  The two were recently in China together for a celebrity basketball event, and both of them took to Instagram to tell the world that their friendship has been repaired:

I’m among the Celtics fans who were not ready to forgive Ray.  I always said that I wouldn’t until Pierce or KG did.  After all, they know the situation better than anyone.  So if they still held their grudge then I assumed there was a good reason for that.

There’s a chance that KG and Rondo still haven’t reached out and don’t intend to any time soon.  But I think Paul’s blessing should be enough for us.  As much as it pains me to say this, Celtics fans should start to consider not hating Ray Allen anymore.