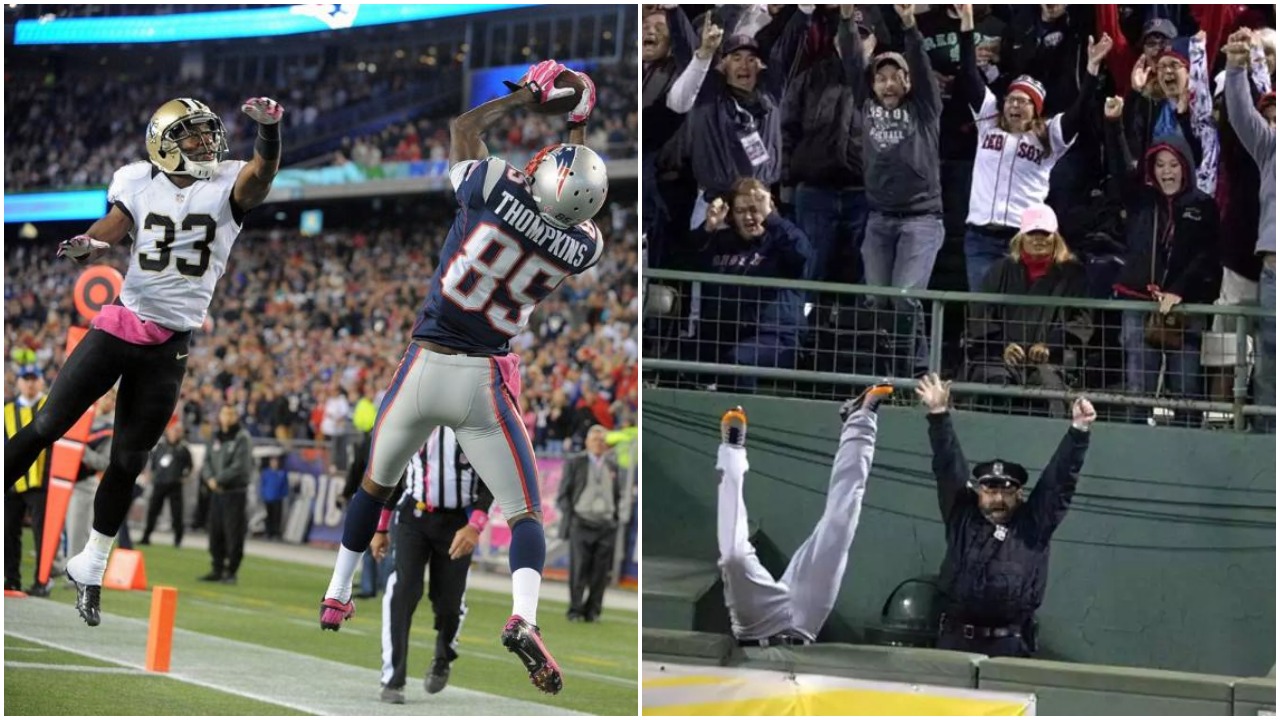 With all the success of our Boston sports teams in the 21st century, we’ve become accustomed to these busy weekends.  Tonight is a rare occasion with the overlapping of Game 2 of the ALCS and the Patriots matchup with the Chiefs on Sunday Night Football, but it’s not as rare as one might think.

The last time the Sox played in Game 2 of the ALCS on the same day as a Pats game was just five years ago.

It was October 13th, 2013.  A date that you should all remember.  The games didn’t overlap, in fact the first one led seamlessly into the second.  It was as if someone had scripted the most perfect October Sunday that any New England sports fan could ever experience.

First there was this:

Moments later, the Sox began their effort to tie up the American League Championship Series after dropping Game 1 at home.  Much like tonight, their backs were against the wall facing the possibility of going down 2-0 before heading on the road.

Down 5-1 in the 8th, bases loaded, two outs, and the greatest clutch hitter in MLB history at the plate:

The image of Torii Hunter’s feet in the air while bullpen cop Steve Horgan raises his arms is one that will live forever.  The next inning, Jarrod Saltalamacchia capped off the night with a walk-off single:

We can only hope to have half this much excitement tonight, but you never know with these teams.  Sox at 7:09, Pats at 8:20.  Get ready for some serious channel-flipping.