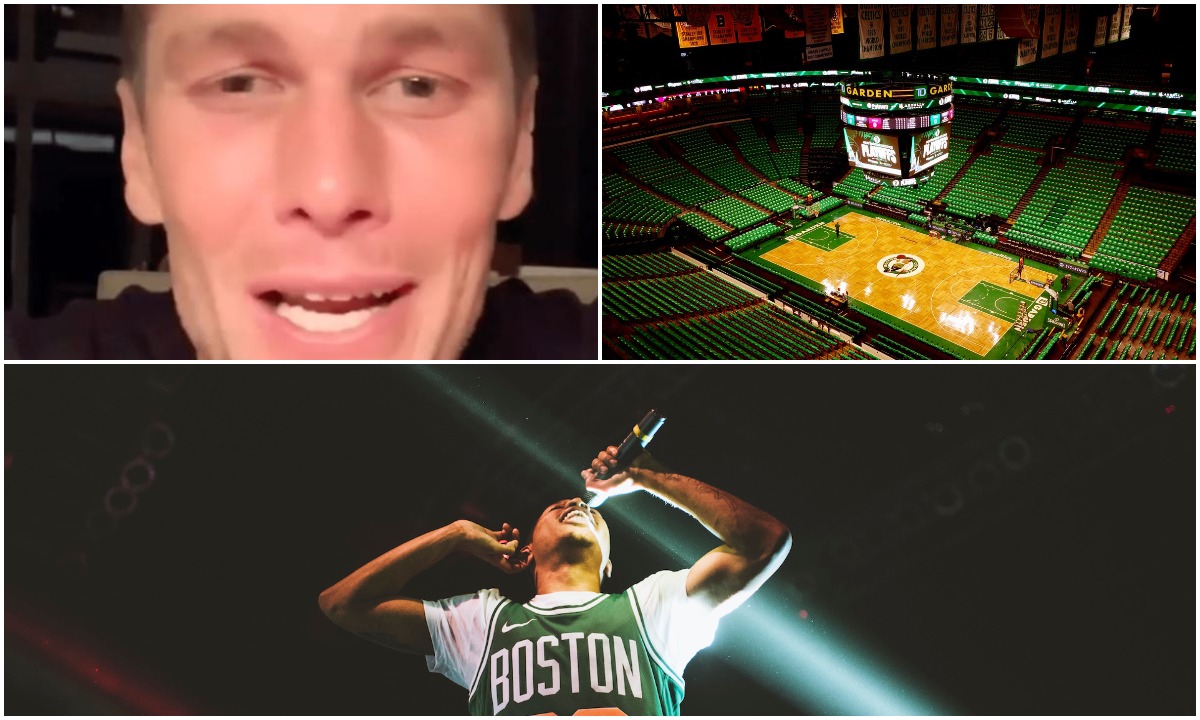 The buzz surrounding Boston rapper Cousin Stizz has seen a steady increase ever since he released the critically acclaimed ‘Suffolk County’ mixtape back in June of 2015.  The now 26 year-old has managed to dominate every summer since then.

The Dorchester native has grown to become one of the biggest artists in New England, developing a unique style and building a large following not only locally but worldwide.  He also happens to be a die-hard Boston sports fan and his local teams are starting to catch on to his movement.

All of Stizz’s success up to this point led to arguably the two biggest accomplishments of his career occurring on consecutive days this past week.  You could argue that Drake listening to “Shoutout” at his birthday party in 2015 comes close, but being a prideful Bostonian and loyal Tom Brady supporter, this has to be his proudest moment.

Following the Patriots’ win over the Chiefs on Sunday night, Brady took to Instagram to share his thoughts on the game.  His kids were sleeping so he had to be quiet, but he still managed to play Stizzy’s “Headlock” in the background.  When he finished giving his weekly postgame words of encouragement, a highlight video commenced and the song got louder, providing a perfect soundtrack to Gronk stiff-arming Kansas City safety Ron Parker:

The next day, the Celtics posted a hype video on their Instagram previewing Tuesday’s season opener.  It was narrated by Cousin Stizz, who will be the voice of all official Celtics hype videos for the 2018-19 season:

Luke Bars and Ricky Felix of Brockton also took care of the production for the video.

This is not only a monumental accomplishment for Cousin Stizz, but for the entire Boston music scene.  We’re talking about a city that lives and dies with its professional sports teams, and the greatest quarterback and basketball franchise of all-time are now embracing an artist from Fields Corner.  It’s these types of collaborations that will really push the culture forward.