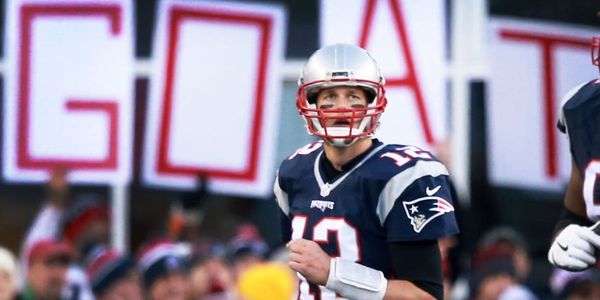 When the Patriots cruised past the Los Angeles Rams in a 26-10 win at Gillette on Sunday, it marked yet another milestone for Tom Brady as he gets closer to the end of his legendary career.  No one really knows exactly when that end is coming because he’s still playing like he’s in his 20’s, but it came for Peyton Manning last year and Tom just passed Peyton’s record for all-time wins by quarterback with his 201st.

There are some other important quarterback statistics where the 39 year-old Brady still has some ground to make up on Manning as well as guys like Brett Favre, Drew Brees, and Dan Marino.  Although none of those guys can shake a stick at TB12’s playoff success.

When it comes to touchdown passes, Manning (539), Favre (508), and Brees (458) are still ahead of Brady (447).  Brady would still need a couple more years after this one to reach Manning, and you never know how much longer Drew Brees can play for.  The 37 year-old is leading the NFL in touchdown passes this season with 30 and will probably be Brady’s toughest competition in this category.

TB12 reaching 201 wins as a starting quarterback just adds more weight to the argument that he’s the greatest quarterback in the history of the National Football League.  He has just a little ways to go stats-wise, and winning-wise he’s untouchable.  Even if he doesn’t come out on top in either yards or TD passes, the fact that he’s in the top five in both while having four Super Bowl rings and by far the most wins in regular season and playoff history should be more than enough to give him the edge.