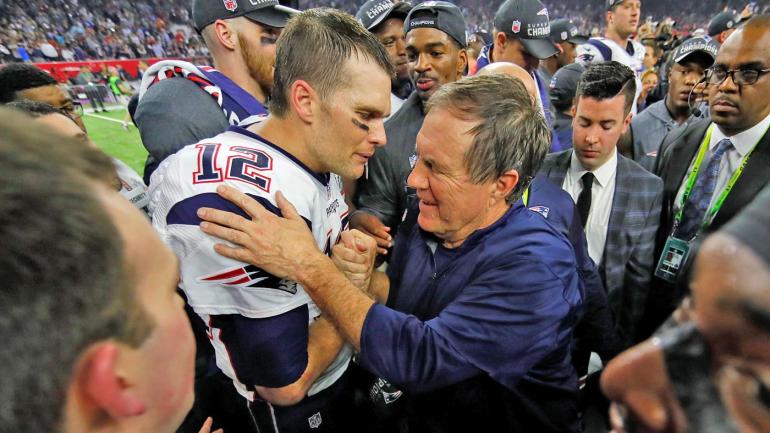 What we’ve experienced as Patriots fans since September of 2001 has been an anomaly.  After a 5-11 showing in Bill Belichick’s debut season as head coach followed by an 0-2 start the following year and an injury to Drew Bledsoe, there wasn’t a soul on Planet Earth who thought the Pats were in the beginning stages of the greatest dynasty in NFL history.

But here we are 17 years later.  That backup quarterback who filled in for Bledsoe is a five-time champion and the best football player ever, Belichick is one of the most decorated coaches of all-time, and the Patriots are the 21st century’s gold standard for success in professional sports.

Season 18 of the Tom Brady/Bill Belichick era begins today in Foxborough.  Things are a little different than they were when Tom took over as a 24 year-old sixth round draft pick.  The drama this off-season has been well-documented.  In fact the amount of coverage it’s received has been nauseating.

None of that shit matters now.  It’s finally time to play football.  The Pats are six-point favorites over JJ Watt and the Texans in today’s week 1 match-up, as they should be.  Houston has beaten New England just once in 10 tries since the franchise’s inception in 2002, and they’re winless in six trips to Gillette.

You would think that any defense led by Watt would be a challenge, but the Pats have managed to put up 27 or more points in their last nine meetings with JJ’s squad.  If you think their thin receiving corps will change that, consider the fact that Jacoby Brissett was their starting quarterback in one of those wins.

Of course if the Pats start off 0-2 then all of the speculation about relationships within the organization will persist.  But real fans won’t panic because September is always treated as an extended preseason.  Let’s just take it one game at a time and enjoy the fact that the media can actually watch and analyze football now instead of gossiping about who’s happy and who’s not.

The Patriots can still claw their way to the Super Bowl if they can get to full strength by January, but they won’t be the regular season juggernaut that we’re used to.  My guess is that we’ll see the first 11-5 finish since the Matt Cassell year, but this time it will be enough for a postseason berth.