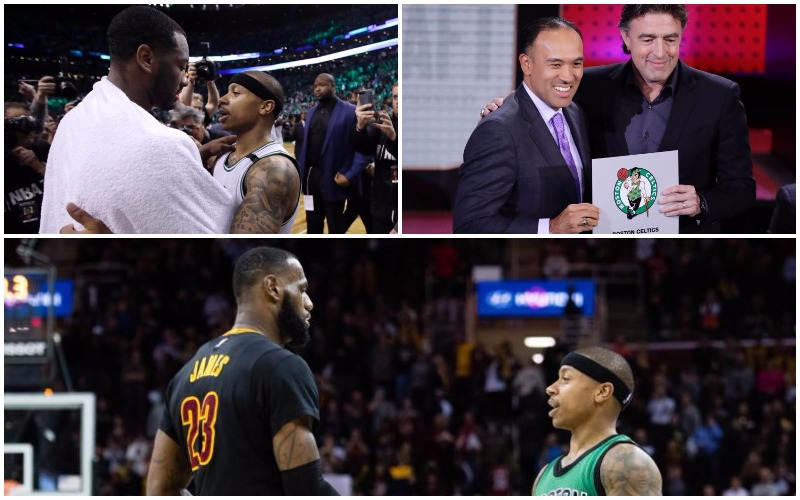 As Celtics fans got ready for Game 7 of the Eastern Conference Semifinals just 48 hours ago, they were excited for the potential that this week held in terms of shaping the future of their favorite NBA franchise.

However, faced with the possibility of a second round exit and yet another ping pong ball shafting over the course of two days, there was hesitation to grow overly optimistic.

Two days later and life couldn’t be better.  A game 7 win, a number one overall draft pick, and a match-up with LeBron and the Cavs in the Eastern Conference Finals.

Talk about a quick turnaround.  Three years ago, in their first rebuilding season, Brad Stevens’ squad went 25-57.  The next year they were right back in the playoffs and now they’re fighting for a Conference title while holding the first pick in the draft.

Paul Pierce, who was involved in the legendary trade pulled off by Danny Ainge that helped catapult the Celtics back into NBA relevance, took to Twitter to acknowledge his role in the team’s good fortune on Tuesday night:

It truly is the gift that keeps on giving.  And not only do the C’s have first dibs in this year’s talented draft class, they also have a 21 year-old man by the name of Guerschon Yabusele in the D-League who they drafted 16th overall last year.  Not to mention Boston is all of a sudden an extremely attractive free agent destination.

Say what you want about Danny Ainge, but I don’t know how you can have any complaints about the way he’s dealt with retooling this team after the Big 3 Era.  There are certainly a lot of teams that would love to be in our position.

For now, though, it’s time to focus on the present and ignore everyone who’s saying we don’t have a chance against Cleveland.  Celtics in 7.