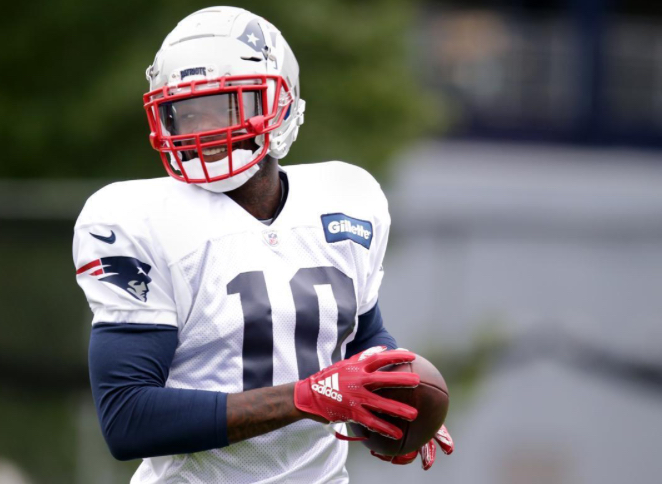 Josh Gordon will make his highly anticipated Patriots debut on Sunday in Detroit against Matt Patricia’s Lions.  Bill Belichick recently said that “nobody knows us better than Matt [Patricia] does”, and that his knowledge of the offense will present a challenge that will require a lot of in-game adjustments.

One thing Patricia won’t be prepared for is how Gordon will be incorporated into the Pats’ offense.

Andrew Hawkins, a good friend and former teammate of Gordon’s, seems to think New England is the perfect fit for the 27 year-old:

“From what I know about New England, it’s a good place for him,” Hawkins told Chris Gasper of the Boston Globe.  “The culture is all about winning football games.  It’s a culture where you come in early and leave late.  It’s a culture where you get in the playbook, and it’s ‘we all have a job to do.’  That’s dependent on your talent.  Josh Gordon is capable of literally almost anything from the wide receiver position.  When you put a guy like that with the best quarterback in NFL history, there is the potential for fireworks.”

So how’s Gordon responding to that no-nonsense, winning culture in Foxboro?  According to Belichick, he’s done everything he’s needed to do and hasn’t had any issues getting into the flow of things:

Bill doesn’t say things like that just to say them.  Those comments should tell you that Gordon will definitely get his chances on Sunday.  Stay tuned.