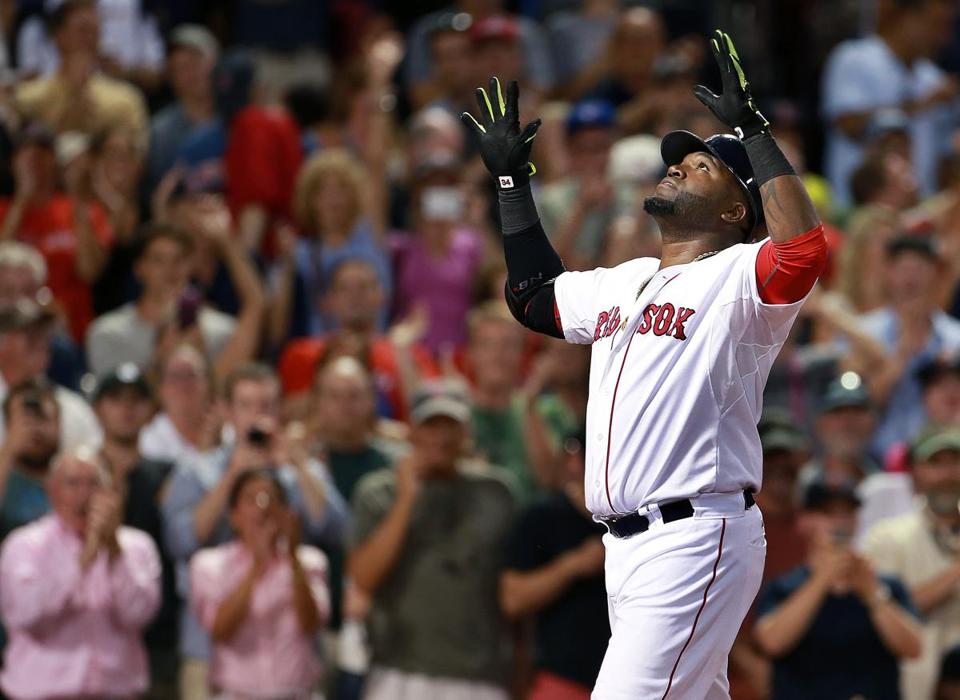 There is no doubt with this being Big Papi’s last season in baseball that the Red Sox will be Dustin Pedroia’s team, but can he handle it like Papi has? Ortiz has had a number of milestones in Boston, including being a part of the last three championship teams. Through his days with Manny and Pedro and the rest of the team, Big Papi has become an iconic leader in Boston, and that is going to be hard to lose. There is something about the city of Boston that makes athletes want to stay once they’re here, in all of the major sports.

I was 10 years old when the Sox got the Big Man in 2003 and I thought they had the greatest team ever. Team consisted of: Captain Varitek, the Cave Man Johnny Damon, and Cowboy Kevin Millar, the one and only Nomar, Manny being Manny, Pedro, Trot Nixon, Schilling, Derek Lowe and more.  This team was put together from a combination of Theo Epstein and Terry Francona, who was a World Series winning coach in his first season with the Sox in 2004.

Let’s take a look on the memories we’ve had with Papi: 31 homeruns in his first season with the team, losing in the ALCS. 2004 bench clearing brawl with the Yankees, hitting 445 homeruns in a Red Sox uniform, the watch and bat flipping after home runs, 500th career homerun. Many more memories in his 13 seasons with the Sox.  But after the Boston Marathon bombings, he addressed the city on the mound at Fenway and I think we all remember and will always remember what he concluded, “This is our F***ing City”.

David Ortiz and Dustin Pedroia have contributed to the team in different ways and it is hard to compare the two as they are completely different players, but when you think of leadership, captain status, and the familiar face on the team and to the fans, are they that much different? When you think of the Red Sox you think of Big Papi and Pedey. Pedroia is more known for his defense and consistency at second base, earning four Gold Glove honors. Ortiz is more known for his consistency at the DH position and getting on base, earning RBI’s, and of course smashing bombs out of Fenway Park either over the Monster into the train tracks, or rounding Pesky’s Pole. Pedroia has his moments at the plate, don’t get me wrong. He will hit a random HR when no one expects it or get on base when it is most needed. They both equally contribute to their team, and their teammates know that.

At some point next to the statues of: Johnny Pesky, Ted Williams, Bobby Doerr, and Dom DiMaggio, there will be a Big Papi next to them. The legacy that he is going to leave in Boston is amazing to think about and to be in his shoes it’s something that you probably never want to end. But as we all know, all good things come to an end. I used to wonder when David Ortiz does retire if the Red Sox will give Wally the Green Monster a buddy and make another mascot as “The Big Papi”. To me, that would be the ultimate honor. Everyone knows who David Ortiz is or “Big Papi” and just as we all had to be introduced to Wally, generations to come can be introduced to the Big Papi.