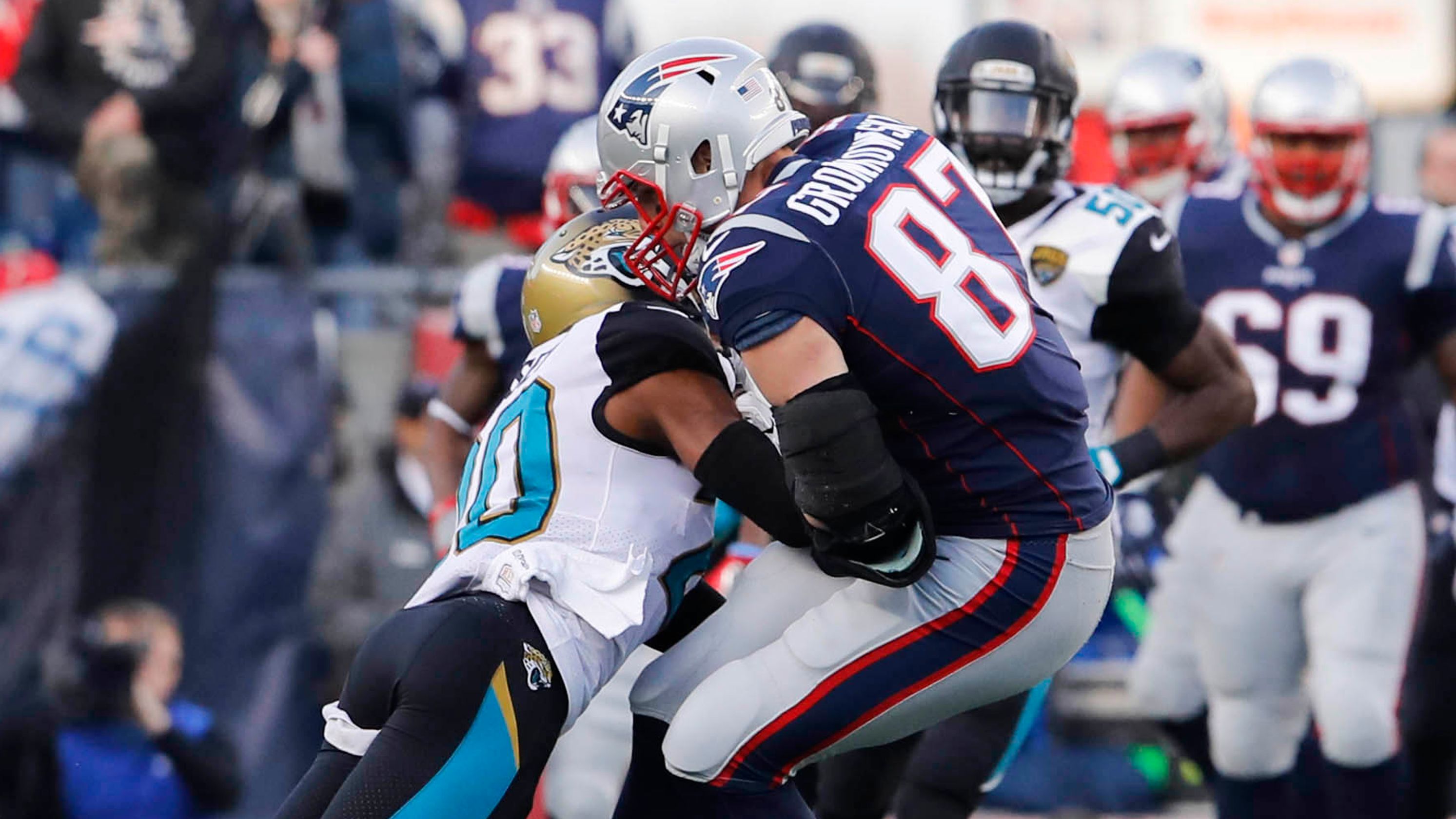 Jaguars Pro Bowl cornerback Jalen Ramsey is one of the best in the league at his position, but he’s managed to make more headlines with his mouth than with his play on the field.  He insulted just about every NFL quarterback this past summer, sparing Brady by saying “he doesn’t suck.”

In a recent interview with ESPN, Ramsey decided that Rob Gronkowski deserves some criticism as well.  According to the 23 year-old, the best tight end in the history of football is “not as great as people think he is”:

“Any time Gronk has been matched up with a corner, he’s had a very bad game — and that corner has had a very good game,” Ramsey said.

It’s unlikely that Ramsey will be on Gronk often when the Pats visit the Jags on Sunday, but the potential for a matchup is there and it’s quickly become the most anticipated aspect of this AFC Championship rematch.  If it happens, 87 certainly won’t back down from the challenge:

Considering the Pats usually treat September as an extended preseason, it’s hard to remember more hype surrounding a game this early in the year.  Even Belichick seemed a little more fired up than usual when asked about the trash talk.  Kickoff at 4:25.