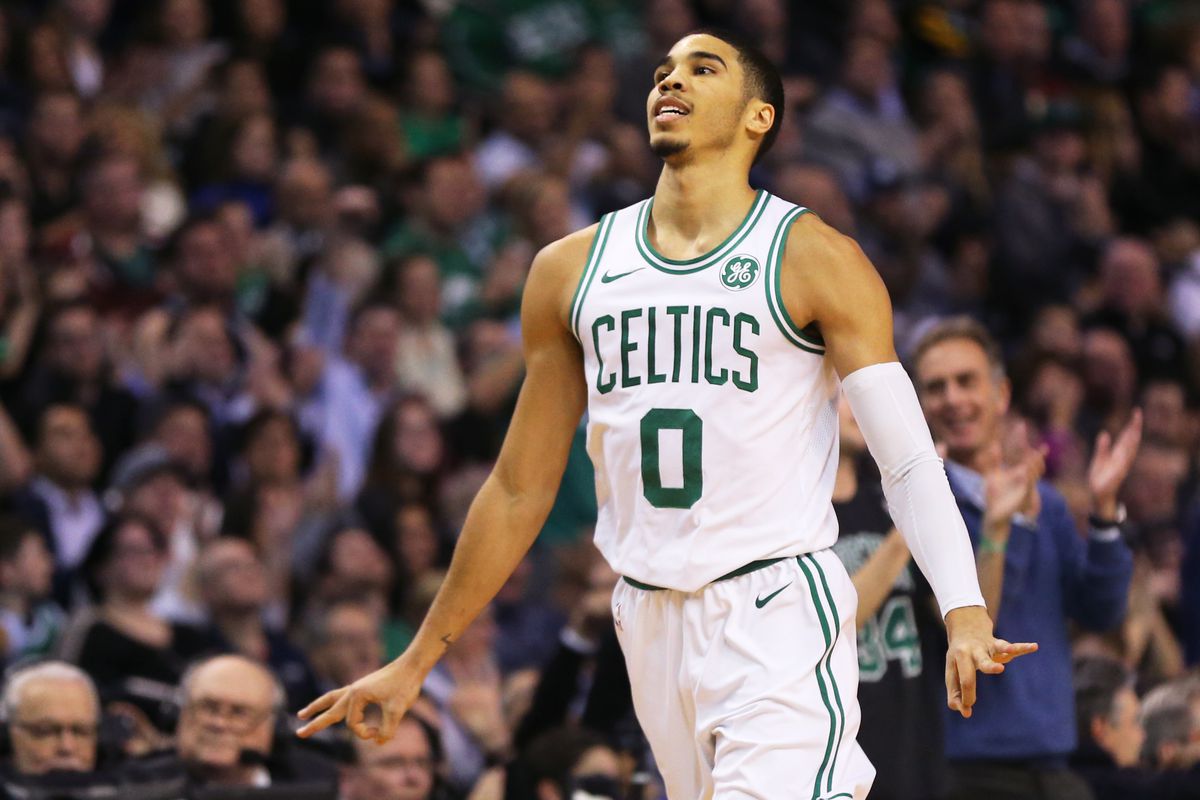 It’s comical to look back at the amount of Celtics fans who were absolutely disgusted at Danny Ainge’s decision to trade the first overall pick and draft Jayson Tatum third overall last June.

Anyone who thought Markelle Fultz was the right choice for the C’s six months ago has  trashed that opinion since the start of the regular season.  Tatum is playing like a seasoned veteran while Fultz basically had to relearn how to shoot a basketball before it was announced that he was suffering from a shoulder injury and he and his 33% field-goal percentage would be riding the pine until further notice.

Score another for Danny, once again being 10 steps ahead of the rest of the league when it comes to evaluating talent.  Jayson Tatum is the real deal.

The kid is 19 years old and already looks like he could be our new Paul Pierce.  It won’t be long until he’s a top five player in the NBA.  Through the first 26 games of his career, he’s averaging 14 points on 50% shooting and is the most efficient three-point shooter in the NBA at 51%.  Fifty-one percent!!!

What kind of rookie averages double digits while making half of his shots and more than half of his threes?

The answer is that it had never happened until now.  Tatum is shooting the best percentage ever as a rookie with at least two three-point attempts taken while playing at least 20 minutes per game.

You would think all those impressive numbers would make him the front-runner for Rookie Of The Year, but Ben Simmons has other ideas in Philadelphia.  The 21 year-old Simmons leads the race with 17.7 points, 9.5 rebounds, and 7.5 assists per game, but Tatum has tightened the gap as of late.