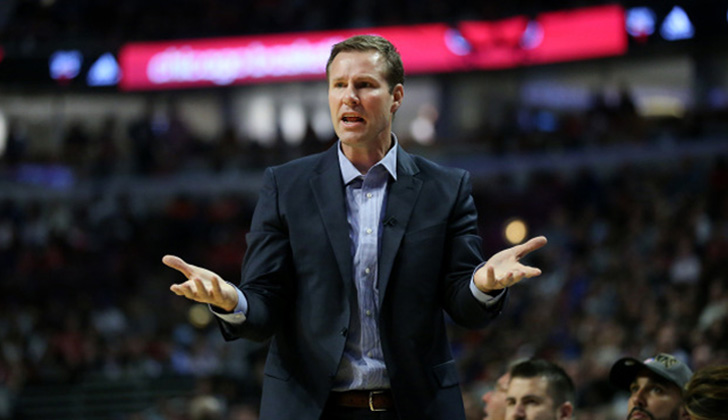 Following the Celtics’ 104-95 win over the Bulls in Chicago on Sunday to tie their series at two games apiece, Fred Hoiberg made some far-fetched complaints about Isaiah Thomas’ dribbling tendencies:

IT averaged 29 points per game in the regular season and is currently roasting Hoiberg’s team for 25 a game in this series, so he’s right in saying that Thomas is impossible to guard.  Where he’s wrong is implying that Isaiah gets some sort of special treatment as opposed to the rest of the NBA when it comes to carrying.  Carrying is hardly ever called although nearly every player does it to a certain extent.

Isaiah Thomas is impossible to guard because he’s the quickest player in the NBA, hands down.  I know it’s frustrating to watch a 5’9″ guy leave your world-class defender Jimmy Butler in the dust, but that’s on you and your defensive schemes.  You can’t blame the refs for not blowing the whistle every time someone puts their hand under the ball.  If they did, your guy Dwyane Wade would be leading the league in dribbling violations.

Isaiah (plus his sons and Gerald Green) just laughed off these ridiculous remarks:

I guess Hoiberg wants to win by trying to manipulate the refs, but the one thing I know is that he just added to IT’s ever-growing desire to make people eat their words.  Good job Fred.