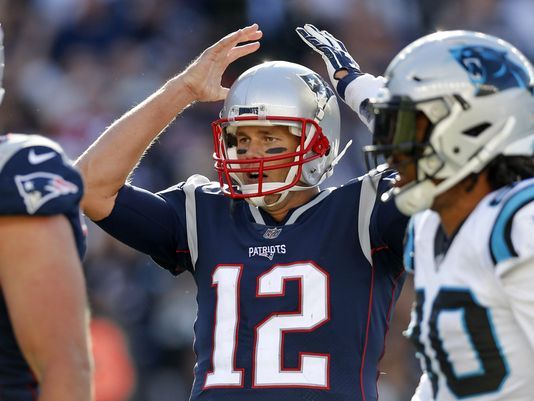 If you thought it was already football season, you’ve been lied to.  The NFL season officially starts this week.
Sorry, Bills and Jets.  I know you guys think you’re battling each other for AFC East supremacy, but all you’ve really done so far is prove yourselves to be the leaders of the extended preseason, and history tells us that’s not always a good thing.
For those of you who don’t know, the extended preseason is the first four weeks of the “regular” season when the good teams work out their kinks and the bad teams overachieve before ultimately coming back down to Earth.
Let’s look at some examples.  Last season at this time, the Minnesota Vikings were undefeated and the Philadelphia Eagles were 3-1 thanks to MVP-caliber play from Carson Wentz.
Then injuries and reality set in.  The Vikings lost 8 of their last 11 games and the Eagles finished two games under .500.  Right where everyone expected those teams to be before the season began.
The same will happen this year.  If you’re betting on a Super Bowl champion, basing your decision on September records is almost never the way to go.  The Chiefs are not the best team in the NFL and the Bills are not the best team in the AFC East.  The Rams are 3-1 but remain 80/1 longshots to win Super Bowl 52 with more details here on available options before considering a wager.
Same goes for the Jaguars, who currently have the same record as the Pats at 2-2.  Jacksonville has improved from last year — and there is a ray of hope for much-maligned QB Blake Bortles —  but their odds to win the Super Bowl remain at 90/1 while New England’s are at 9/2.
The last time the Patriots were 2-2 was three years ago when they got blown out by the Chiefs 41-14 in Week 4 and then won their next seven in a row on their way to a fourth Super Bowl title.  I understand the defense has been absolutely atrocious this year.  There’s a lot of work to be done there.  I’m just assuring that somehow, someway that work will be done.
All the Patriots ever do is get better as the season progresses, especially after Week 4.
Aside from 2001 when Brady didn’t appear until Week 3, the Pats have never been under .500 beyond Week 1.  If they lose next week to fall to 2-3, then maybe we can start to panic.  But right now they’re just doing what they’ve always done and their chances of winning a sixth Lombardi trophy have not at all been tarnished.
Follow Jack Bardsley on Twitter @BostonsBigFour

1 thought on “Why Patriots Fans Still Shouldn’t Be Panicking”