Yeah, it might be May 10th, but the Red Sox are going to the World Series this year. You could say it might be a bit early, but seriously this looks wicked promising. The Red Sox currently sit on top of the AL East, which is panning out to be a mediocre division. The Yankees look awful, the Rays are the Rays, Toronto strikes out too much, and the Orioles have no pitching. This is the Red Sox division for the taking. I have also seen so many analysts on TV saying the AL goes through the White Sox. Boston is the only team to win a series against Chicago this year and comparing the two teams, I would give the Red Sox an advantage solely based on the offense. I know the pitching rotation behind Steven Wright and Rick Porcello does not offer much right now, but you know it will improve with Eduardo Rodriguez set to return. I still see people sleeping on this team, and I am going to throw some things out there that may want you to reconsider. 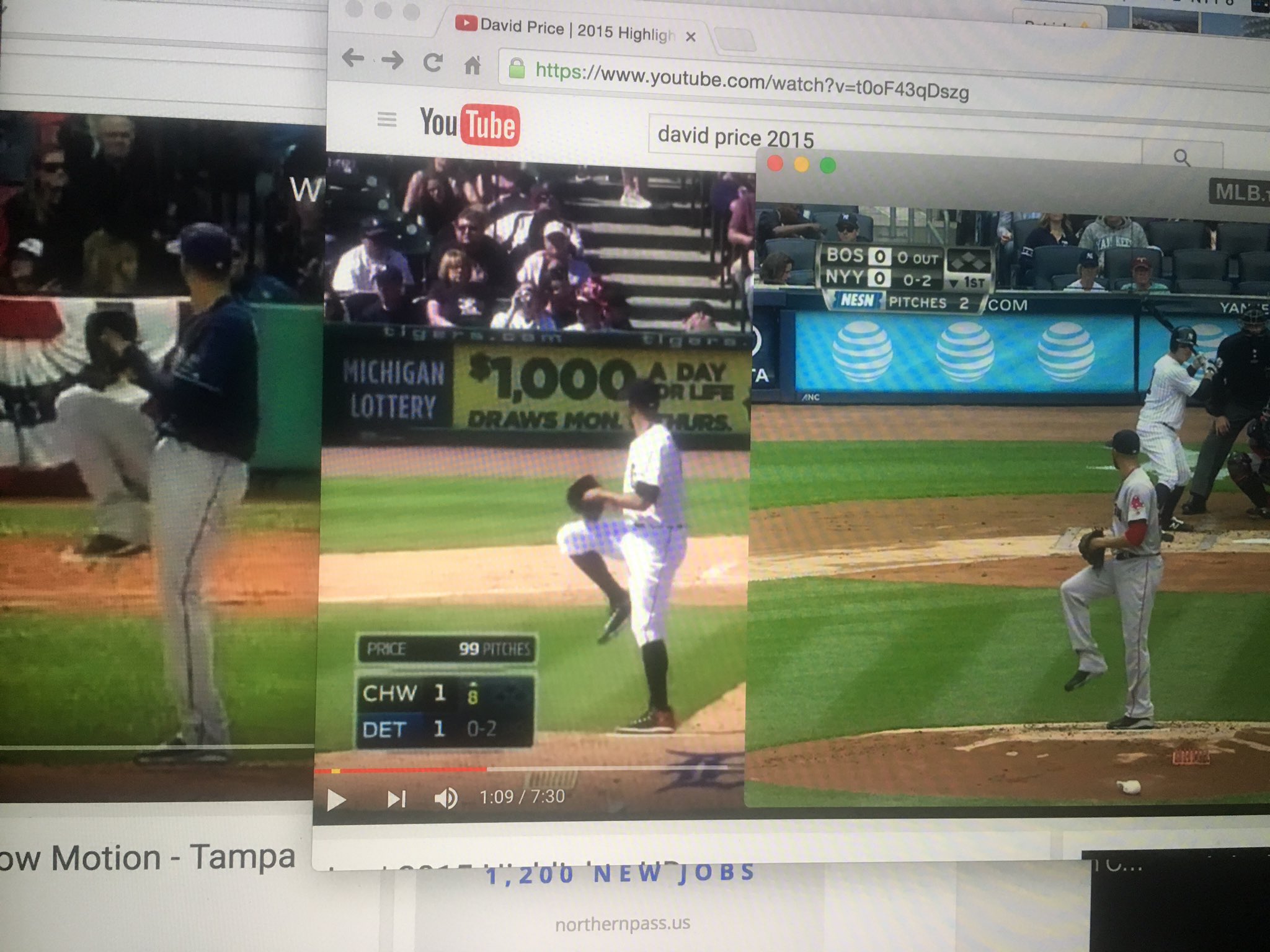 Price will turn it around guys, there was a story that Dustin Pedroia was watching film on his mechanics and spotted something that seemed a bit off. Price said it was an easy fix and was mad that it was going on for this long and he did not even notice. As you can see in the picture above, we are comparing Price’s delivery from his days in Tampa (left), his days in Detroit (middle), and just last weekend against the Yankees (right). Lets hope this is the reason why Price leads the league in earned runs and turns it completely around. World Series back on. Slotting in ERod behind Wright and Porcello would look wicked good, and with Clay Buchholz winning his last two starts lets hope he starts to build on something.

I understand we are only 32 games into the season but there is just this weird feeling with this Sox team. Not the type of feeling I got in 2004 or 2013, but similar to the one I got in 2007. This team can just straight out hit anyone. Once the pitching rotation even gets slightly better we are in excellent shape. You heard it first here guys.

Photos via the Boston Herald