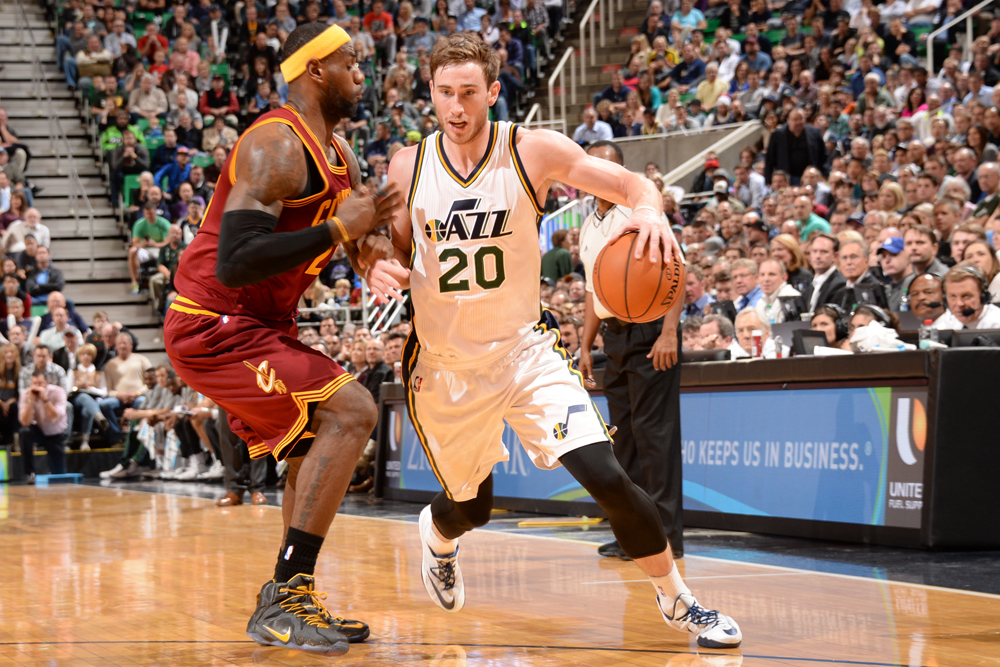 With their first trip to the Eastern Conference Finals in five years, the Celtics were one of the NBA’s four finalists in 2016-17.

Unfortunately with the difference in talent between the East and West, they weren’t one of the four best teams in the NBA.  And the obvious distance between them and the Cavaliers was enough to make for a pretty uninteresting ECF aside from the Avery Bradley buzzer beater in Cleveland.

Then July 4th happened.  The addition of Gordon Hayward to the Celtics’ roster has created some parity in the East for the first time since the Heat-Pacers battles in 2012-13 and 2013-14.

Of course Miami took both of those series’ in what were just two of LeBron’s seven straight NBA Finals appearances.  As crazy as it seems, the last time Bron Bron wasn’t in the Finals was the heartbreaking 7-game series between the Celtics and Lakers in 2010.  We know that the C’s will push the Cavs to their limit next season.  The question is whether or not they’ll be the first team to knock off LeBron since Boston’s Big 3 plus Rondo ran him out of Cleveland seven years ago.

You could argue that they have the best chance to do so.  The only teams that would compare were the aging 2011-12 Celtics or the 2012-13 Pacers, the two teams who were able to push LeBron to 7 games in the Conference Finals during this current seven-year stretch.

The fact that the Celtics were the last team to knock off LeBron in the East and could be the next to do so is definitely an exciting possibility.  But what would make that feat so impressive is the fact that not one players remains on the Celtics roster from that 2010 Finals team.  Avery Bradley came in as a rookie the next season, and every other player currently under contract with Boston came in 2014-15 or later.

Of course that’s a credit to Danny Ainge, who had us all confused when he traded away the number one overall pick a few weeks ago.  No surprise that he had a trick up his sleeve.  Just another extremely successful off-season for one of the best general managers in basketball.

A big draw for Hayward was his chemistry with Brad Stevens after their improbable National Championship run at Butler seven years ago, the same year that the Celtics last eliminated LeBron from the Eastern Conference playoffs.

In his farewell letter to Utah, the Celtics’ newest acquisition touched on the reasons he decided to leave for Boston.  He hinted that he and Coach Stevens feel like they have some unfinished business from those Butler days:

“There was the amazing potential of this current Celtics team—from ownership, to the front office, to a talented roster with Isaiah, and Al, and everyone else. And of course, there was Coach Stevens: Not just for the relationship that we’ve built off the court—but also for the one that we started building on the court, all of those years ago, in Indiana.”

After seven long years, Stevens and Hayward have a chance to finish what they started and the Celtics have a chance to take out Bron Bron.  As Isaiah Thomas said in a recent tweet, “Let’s get to it.”