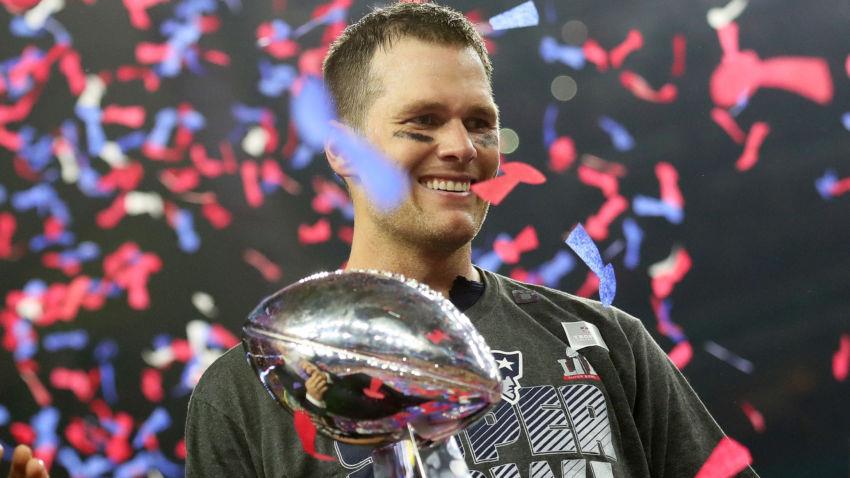 I still feel like I’m dreaming.  I’m just waiting to wake up to the reality that the Patriots got blown out in the Super Bowl.

I need to watch the second half all over again because I honestly have no idea what the fuck just happened.  All I can think about is that terrible feeling I felt at halftime when we were down 21-3.  I remember talking to my friends about how I had already begun to mentally prepare myself for a loss.  I was reminding myself that there are more important things in life than sports, and that I shouldn’t let the Patriots getting blown out in the Super Bowl completely ruin my mood for the time being.

When the Falcons started the third quarter with a touchdown to go up 28-3, I didn’t have an ounce of faith left.  James White finally found the end zone with a couple minutes left in the third to make it 28-9, but Gostkowski missed the extra point.  And that was it.  It couldn’t have been any clearer that things just weren’t going to go our way.

Then a miracle happened.  Actually, forget that.  Miracles happened.  A seemingly endless stream of miracles unlike anything I’ve witnessed in my life as a sports fan and as a human being.  And it all happened so fast.

I can’t put it into words, so just relive the magic with highlights.  Starting with Dont’a Hightower’s momentum shifting strip sack and ending with Brady’s vintage game-winning drive in the first overtime in Super Bowl history:

One of the greatest catches of all-time:

The greatest catch of all-time:

I’ll post a more in-depth blog about the game later.  But as I said, I’m at a loss for words.  The greatest comeback in Super Bowl history to cap off an absolute roller coaster of a season.  A season that began with a completely bogus four-game suspension of the undisputed greatest quarterback of all-time.  The chorus of boos raining down on Goodell as he presented Robert Kraft with the Lombardi trophy was music to my ears.  What a time to be a Pats fan.