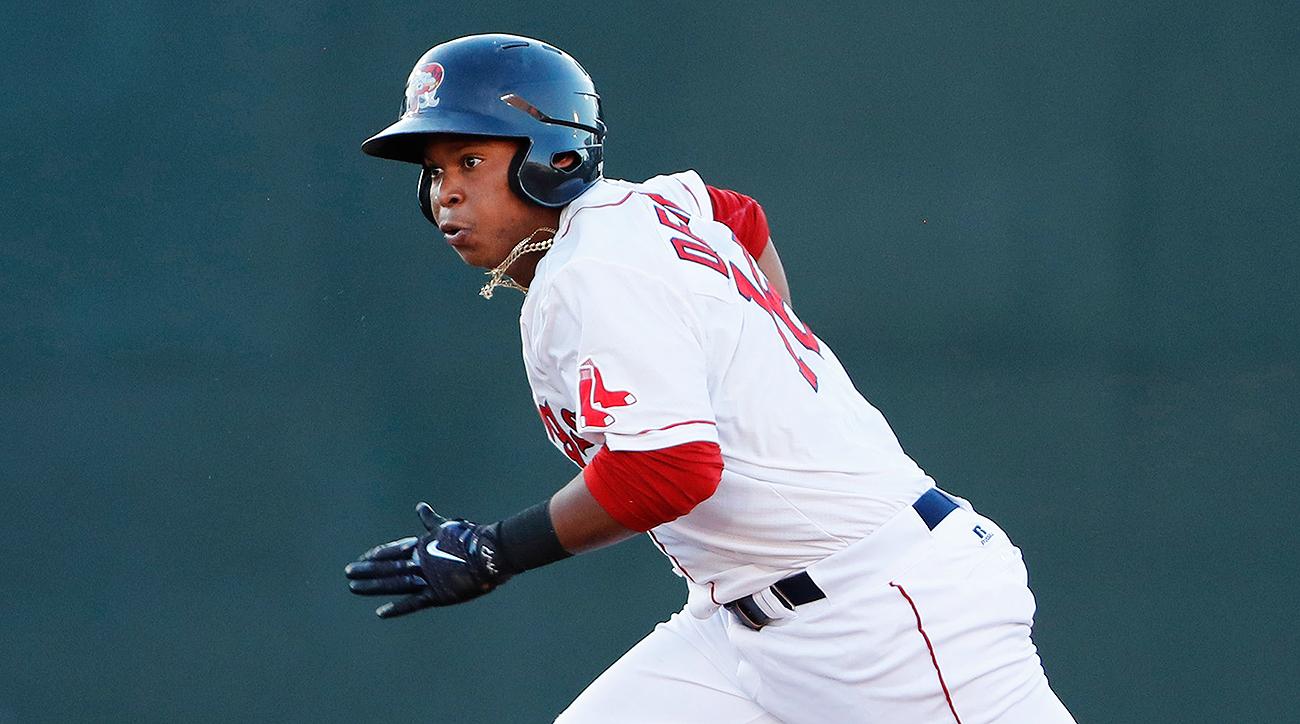 Despite having the best record in the AL East, the Red Sox struggled to find consistent run production in the first half of the season.

So far in the second half, not much has changed.  They continue to rely heavily on their starting pitching and often turn perfectly good outings into losses by failing to provide adequate support.  In 6 of their 7 losses since the All-Star break, they’ve scored 3 runs or fewer.

Meanwhile, Rafael Devers has been absolutely raking in the Minors.  The 20 year-old led the Portland Sea Dogs with 18 home runs, 19 doubles, and 56 RBI’s through 77 games and recently batted cleanup in the Double-A All-Star Game.

Considering Boston’s offensive struggles and continuous lack of production from the third base position, a call up to the Bigs was becoming inevitable for Devers.  After a quick 9-game stint with the PawSox at Triple-A where he batted .400, it was announced that he’d be making his MLB debut Tuesday night against the Mariners in Seattle.

Does a 20 year-old kid with no Major League experience have the ability to jump start the Red Sox’ offense as they enter the heat of the pennant race?  It worked last year with Andrew Benintendi, and there are some similarities between the two players.

Devers probably has a higher ceiling than Benintendi offensively.  Unfortunately the biggest difference is that Benintendi was further along in his development when he was called up.  To expect the same immediate results that we saw from Benny Baseball at this time last season is probably a little too much to ask of Devers.  Luckily for him, the offense has set the bar so low recently that any minor contribution will earn him praise from Sox fans.