The Patriots continue to be 10 steps ahead of every other NFL team both on and off the field.  On Tuesday it was announced that they are the first franchise to purchase their own customized jet to travel to games.

Actually, make that two jets.  The brand new 767’s are designed so that every seat is a first class seat, allowing players space to recline and rest.  They feature the Patriots logo on the side and five Lombardi trophies on the tail: 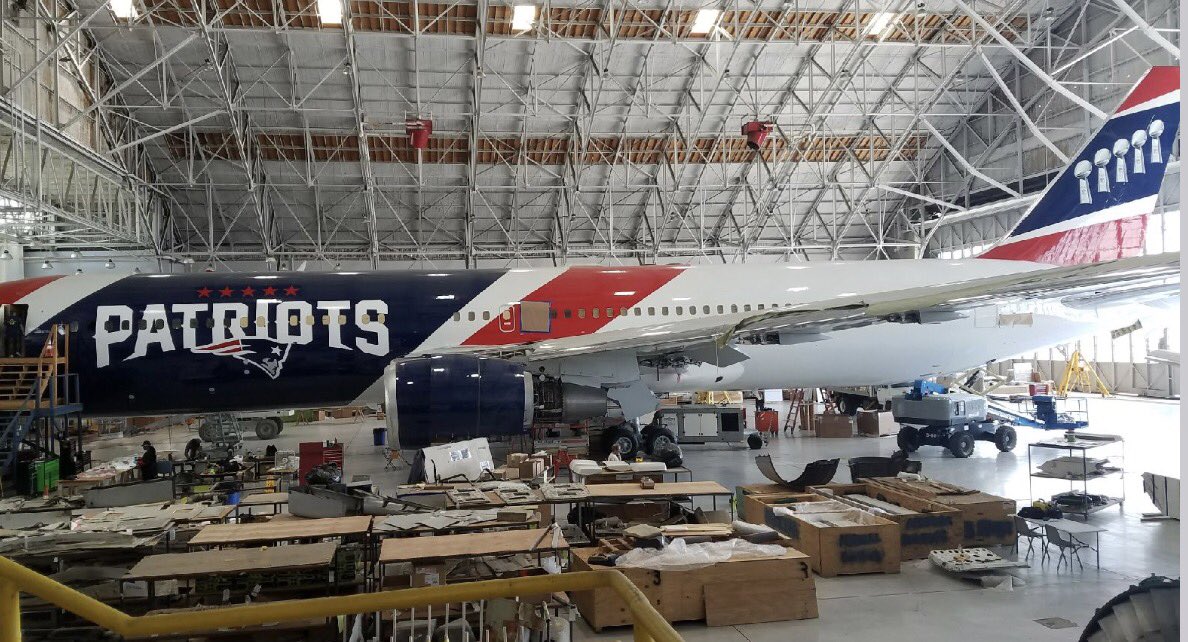 The planes probably cost the Pats about $10 million each.  A smart investment considering that rising charter costs have teams spending about $4 million a year on flights.

One will be used for the 2017 season while the other will be left on reserve.  The Patriots will be renting them out when they’re not in use.  No word on how much that will cost yet, but start saving up.