After missing out on Nick Fairley, the Patriots are setting their sights on another massive man to slot into the middle of the D-Line.

Reports came out yesterday that the Patriots brought in defensive tackle Terrance ‘Pot Roast’ Knighton for a visit in Foxboro, which came a week after the team saw Fairley ink a deal with the Saints. Fans will remember Knighton for his work against the Patriots in the 2013 AFC Championship Game in Denver when he was a one-man wrecking crew, recording a sack and four tackles. He signed a one-year deal with the Redskins last season, playing and starting in 15 games while recording 1.5 sacks and 29 total tackles.

As was the case with Fairley, the Patriots wouldn’t be bringing in the 30-year-old Knighton for his potential to rack up sacks and tackles. Rather, they’d use him as a space-eater in the middle of the line and to provide depth at the position, and the Patriots feel there’s still enough in the tank for the 6-foot-3, 354-pound lineman to contribute at a high level.

The Pats have seen both Akiem Hicks and Sealver Siliga leave via free agency this month, and with starters Malcom Brown and Alan Branch remaining as serviceable players,  the current depth duo of  Dominique Easley and Chris Jones can’t be fully trusted due to their injury history. Bill Belichick loves his depth as it is, but with the losses of Hicks and Siliga, he’s making  an effort to restock the position with veteran talent that serves a specific role.

Let’s hope we don’t see a repeat of what happened with Fairley and that a deal for Knighton comes together in the coming days. 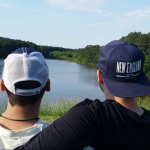