A day after the one-month anniversary of Chris Sale dropping Manny Machado to his knees to finish off the Dodgers, the Red Sox tweeted out a minute-long, goosebump-inducing trailer for their 2018 World Series film:

RT for a chance to win tickets to The 2018 World Series Documentary Premiere presented by Mastercard!

Chills.  I love when Sale says he gave everything he had on that last pitch to Machado because I remember thinking that while watching it live and seeing the look on his face right before his delivery: 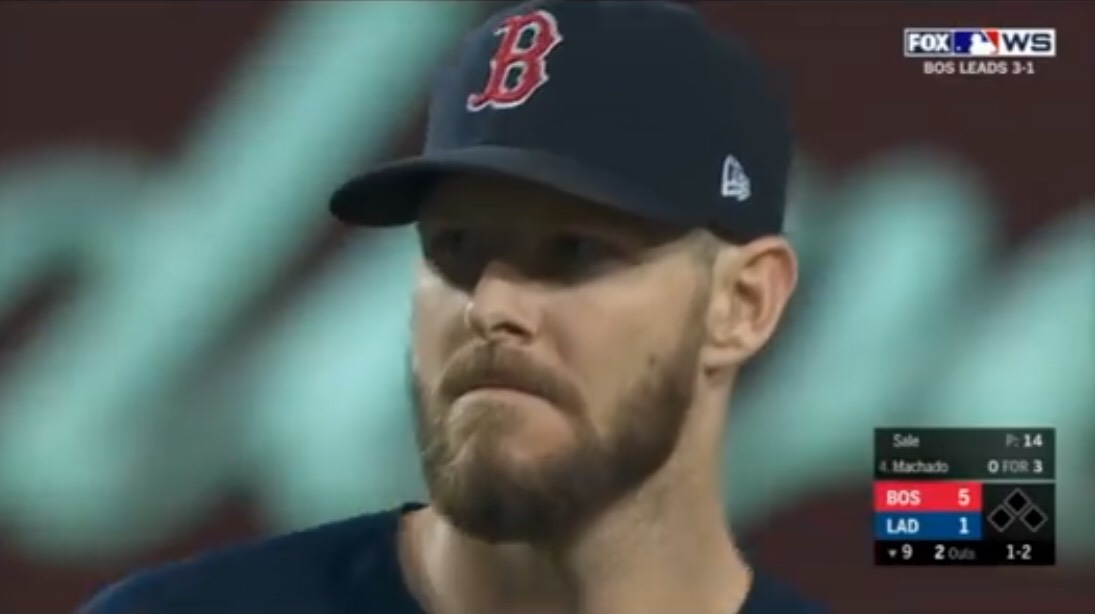 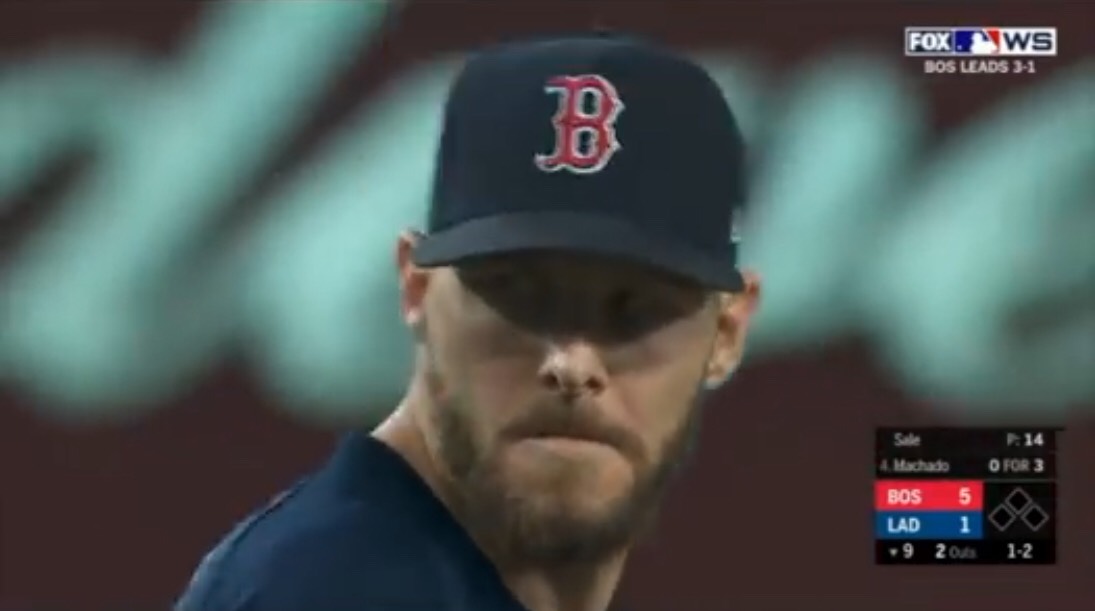 That’s the face of a guy who is about to throw the best pitch of his life because he’s sick and tired of not being a World Series champion.

What a team, what a season, what a story.  The film will premier on Monday, December 3rd at 7 pm at the Emerson Colonial Theatre in Boston.  Tickets are on sale for $30.