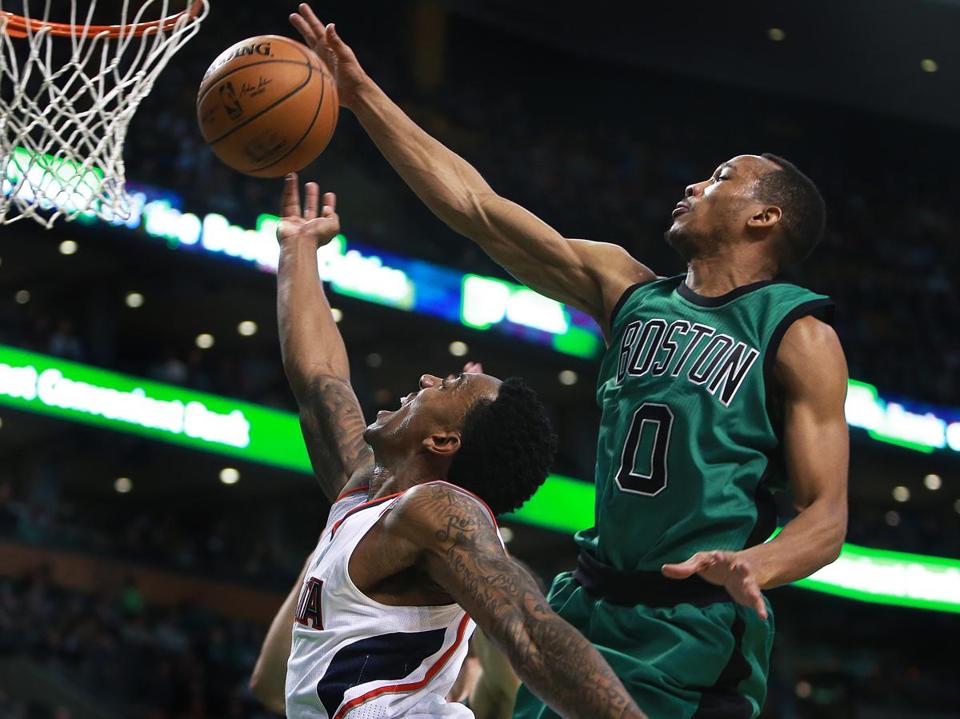 The Boston Celtics open up their 2016 playoff run against the Atlanta Hawks Saturday night. This will not be easy. The Hawks are not the most talented team but their roster has plenty of players that play a specific role. They also have a lot of sneaky good players. They’re a lot like the Celtics in a couple of ways where on a night to night basis they can  be absolutely mediocre or they could dominate.

I’m not a big fan of starting point guard Jeff Teague. He’s very quick and can explode offensively but more times than not, he doesn’t. It will be a lot of fun watching him and Isaiah Thomas going back and forth. Kyle Korver is a sharpshooter. He’s deadly from 3 point range but if his shot isn’t falling, he’s pretty much useless. Kent Bazemore is an interesting player. He’s a solid defender and can chip in his share of points. Now, the frontcourt of the Hawks is one of the best in the NBA. I love Paul Millsap as much as Kobe loves throwing up ridiculous shots from anywhere on the court (I miss you already, Kobe). Millsap is a great all around power forward. Any team would be lucky to have him. He’s a top 10 power forward in the NBA. He’s the Hawks best player and averaged 19 points, 9 rebounds and almost 2 steals and blocks per game over the regular season. If the Celtics can contain Millsap, then I believe they win this series easily.

There have been rumors that the Celtics are going to go after Al Horford in the offseason. Who could blame them? Horford is a rabid dog on the defensive end and someone who would fit quite nicely in the Celtics puzzle. He can do it all, score, rebound, pass, block shots. He’s exactly who the Celtics are looking for in a center. I think Horford is the X factor for the Hawks this series. I don’t think their bench is really that deep, I suspect they’ll play their starting five pretty heavily.

Like I have been saying, nobody besides Cleveland aka LeBron James scares me in the East. I think the Hawks play hard and they’re committed to team defense but their players are way too streaky for my liking. I personally think the Celtics should win this series handily. I will be shocked if the Celtics lose this series like we were all so worried that the Grizzlies were going to stop the Warriors from beating the single season win record LOL. I think the Celtics will be too much for the Hawks to handle. Celtics in five.