This is not an exaggeration.  I had more fun watching Wednesday night’s hard-fought win over the Bucks than I had at any point last season.  The 2018-19 Celtics would not have come back from 19 points down to beat Giannis and company.  If they didn’t get out to an early lead, they were done.  We’re only four games in and this year’s team has already proven to be more equipped to face adversity.

The vibe is different.  You could feel it in the Garden during that fourth quarter run and Paul Pierce’s reactions said it all.  That’s what it looks like when everyone is playing for each other rather than catering to their star point guard.  Last year’s team was centered around making sure Kyrie was happy.  His habit of talking down to his younger teammates disrupted everyone’s ability to not only play comfortably together, but connect with each other off the court as well.

Starting with Marcus Smart, this year’s Celtics have prioritized team chemistry in an effort to rebuild the culture.  On their day off last Sunday, Smart took a page out of KG’s book and organized a trip to the movies involving the entire team: 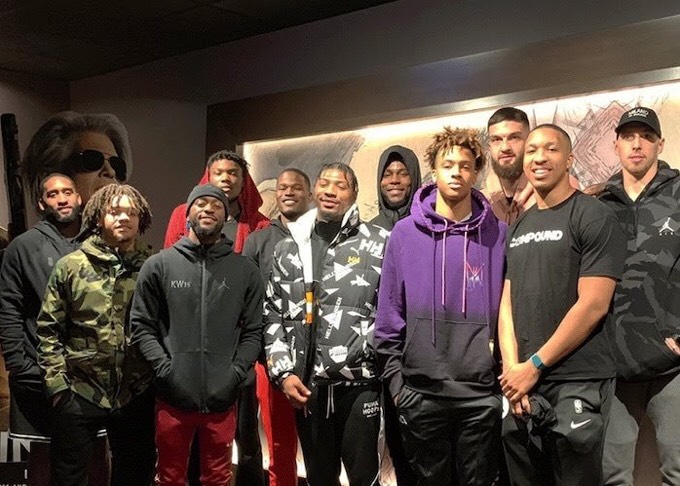 After their win over the Knicks the night before, Smart explained why team bonding will be crucial to the Celtics’ success after the chemistry issues that they faced last season:

“Last year, for us, what was really big was the chemistry,” Smart said. “Some days we had it, some days we didn’t. So this year, I just wanted to make sure the chemistry was there, the bonds were there, and everybody was comfortable off the court with everybody. And I think the best way (to do that) is to be around each other as much as possible.”

As telling as Smart’s quote and recent actions are, Semi Ojeleye’s take on including the rookies in off-day activities was a truly refreshing contrast from dysfunction of last year’s ego-driven squad:

“We’re just making them feel welcome,” Ojeleye said. “Just trying to include them in everything, invite them to everything. And for me, knowing that I was just there (as a rookie two years ago), I’m trying to help them through the little stuff, like, ‘Hey, don’t worry about that. It’s going to be a long season. Just keep your head up.’ Those types of things. The faster they pick it up, the better we’ll be.”

Imagine that.  Treating younger players, even rookies, like they’re your equals and their success and happiness is just as important as yours.  Because it is.  The moment you start acting like there’s some sort of hierarchy within the locker room is the moment when you stop becoming a team.  Of course certain players demand more respect than others based on their accomplishments and reputation, but those players earn that status through their actions.  Not by talking in post game interviews about how they’re the leader and if everyone followed their example then everything would be fine.

There will be no more of that.  After a one-year hiatus, Celtics basketball has made a triumphant return.