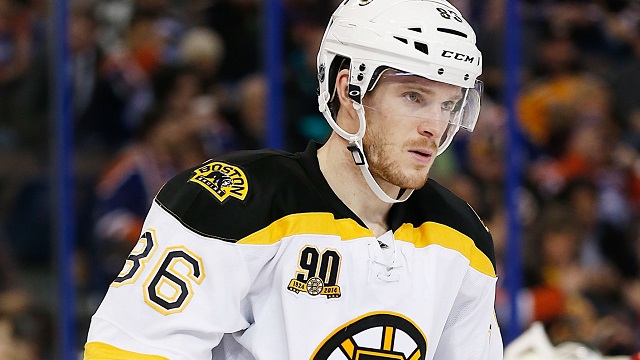 The Bruins’ off-season is off to a weird, confusing start with the inexplicable signing of Kevan Miller to a four-year, $10 million contract.

For one, the 29 year-old Miller definitely hasn’t earned this contract with his mediocre career.  That part is obvious.  But what’s also baffling is the timing of this deal.  There are bigger fish to fry right now with unrestricted free agent Loui Eriksson and restricted free agent Torey Krug.  Then there’s the need to strengthen up the defense, which of course should be a top priority.

Instead they throw valuable money at a guy like Kevan Miller.  What they should have done was let Miller hit the market and maybe bring him back late in the Summer if they decide he’s a good fit.

Certainly not a good start to the off-season for Don Sweeney.  We’ll see if he can turn things around.  It’s safe to say that Bruins fans and media aren’t too pleased with him right now though:

Is there another Kevan Miller, maybe?

If Don Sweeney had a gun with two bullets was in a room with Bin Laden and Hitler he would shoot himself in the foot twice.

This new Kevan Miller contract seems like one of those "What's the big deal?" moves that slowly murders your team.