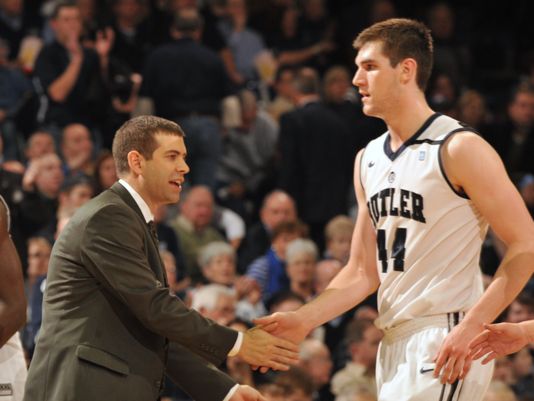 Brad Stevens coached Tuesday night’s game against the Knicks with a heavy heart.

Andrew Smith, one of Stevens’ former player’s during his coaching stint at Butler, passed away earlier in the day after a two year battle with cancer.

Brad missed a game last Thursday against the Bulls to visit Smith, who played under Stevens as a Bulldog from 2010 to 2013.

In an interview before the game Tuesday at Madison Square Garden, the Celtics coach who has been known for remaining even keel and showing little to no emotion no matter the situation, was unable to fight back tears while reflecting on the impact that Andrew Smith had on him:

It’s always been clear that Brad Stevens is one of those coaches who has a knack for developing special bonds with his players, and that’s evident as he copes with this heartbreaking loss.

To show you just how much he appreciated Andrew Smith as a basketball player and as a human being, here is Stevens’ speech during Smith’s Senior Night at Butler:

Obviously Andrew was an extremely gifted and driven kid whose positive attitude was contagious.  Our thoughts are with his family and friends during this tough time.