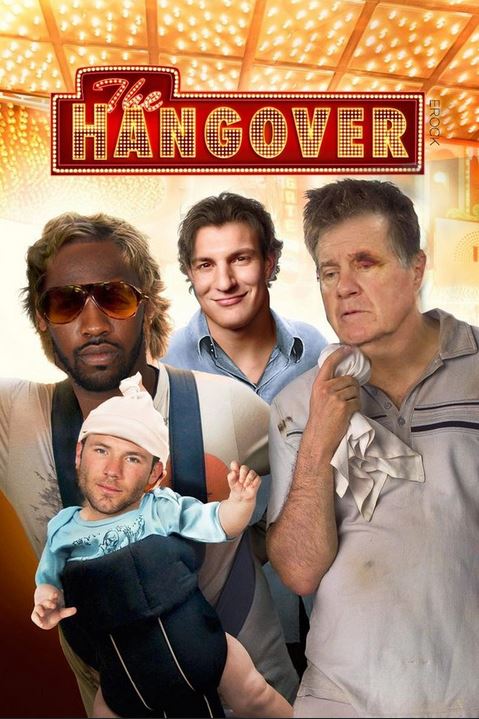 To put it bluntly, there’s a lot of weird shit going on in Foxborough right now.

Bill Belichick showed up to his press conference yesterday with an inexplicable black eye and Chandler Jones apparently wandered to the police station with no shoes and no shirt on Sunday morning.  He allegedly came from Rob Gronkowski’s house even though Gronk was in Florida.

Jones was hospitalized but then released and he returned to practice the next day.  Gronk missed practice on Tuesday but returned on Wednesday.

There is absolutely no evidence that these three situations are related.  If they are, it makes for a pretty intriguing story.  Naturally everyone’s imaginations are running wild right now, but let’s try our best not to get ahead of ourselves.

What we do know is that Chandler Jones was on something.  Audio from police and fire dispatch stated that he was a “confused party” involved in a “class D delta”.  This is most likely a reference to class D drugs.

The most commonly used class D drug is marijuana, but anyone who’s smoked weed knows that it won’t provoke you to confusedly stumble down to the police station in your boxers.

One popular opinion is that he was on synthetic weed (or Spice) which actually isn’t weed at all.  It’s made up of dangerous chemicals and apparently makes you freak out and hallucinate.  Ole Miss’s Robert Nkemdiche was on the stuff last month when he thought he was being chased and jumped out of a hotel window.

Others say it could have been sleeping pills or pain pills combined with alcohol.

We all know Jones’ brother (UFC fighter Jon Bones Jones) recently tested positive for cocaine so all we can do is hope that there isn’t a drug problem in their family.

The good news is that Chandler is okay now.  He’s back practicing with the team and he will play this Saturday.

As far as Belichick’s black eye and Gronk’s absence from practice, no one knows the story.  So feel free to speculate and come up with whatever absurd rumors your imagination can muster.

1 thought on “The Patriots Had Quite A Bye Week”