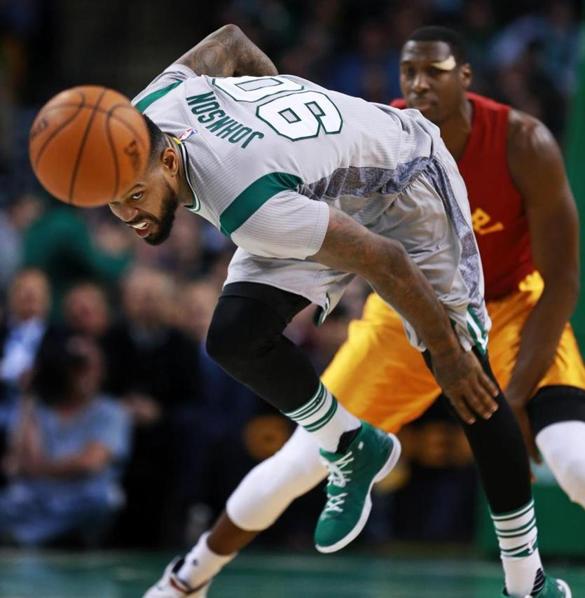 Much like just about every other Celtics game this year, including the games during their recent losing streak, the C’s were able to keep it close through all four quarters against the Pacers Wednesday night.

Through most of the first half of the NBA season the Celtics have been an elite defensive  team.  Over the last couple of weeks, however, they’ve had a hard time getting stops down the stretch of close games.

Around the three minute mark in the fourth quarter of Wednesday night games is when deja vu started to set in as Paul George converted an easy mid-range bank shot to put Indiana up by three.  This is when the Celtics quite literally stole the game with a display of defense that’s unlike anything you’ve ever witnessed:

Four consecutive steals by Jae Crowder, Amir Johnson, Marcus Smart, and Crowder again.  After the made shot by Paul George, I started to tweet about how the Celtics can’t get stops.  By the time I finished typing and was ready to post my tweet, the first two steals had already happened so I happily scrapped it.

After scoring the final 12 points of the game thanks to four steals in the last two minutes, the Celtics pulled off the victory, ending their losing streak as well as avoiding the embarrassment of falling under .500 for the first time since they were 3-4 on November 11th.

Tommy Heinsohn, who’s been around basketball as long as anyone, said afterwards that he had never seen a game won with a string of steals in the closing minutes like that.

The Celtics are only 2-5 so far in 2016 and had lost six of their last seven before this incredible win, so hopefully it’s a sign of things to come.