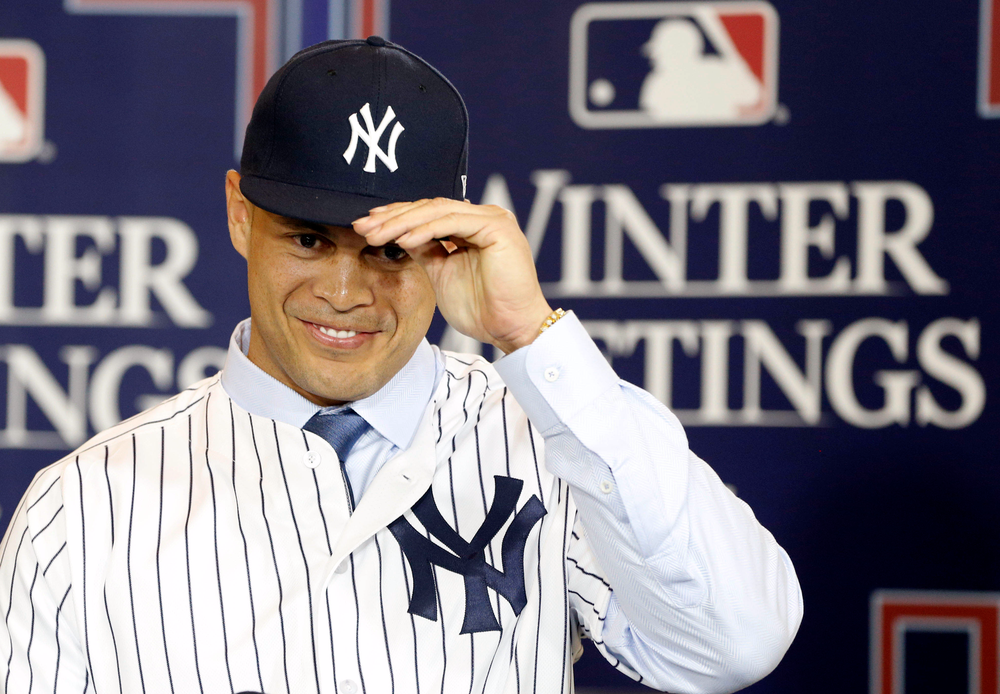 There wasn’t a single player on the Red Sox’ roster who hit 25 or more home runs in 2017.  As a team that’s won their division the past two years but only managed to win one playoff game, the biggest area of need couldn’t be any clearer.  Their offense lacks power.

Originally those accusations seemed unwarranted because it wasn’t clear as to whether or not Stanton had any interest in coming to Boston in the first place.  Then on Monday, his agent revealed that he wasn’t even given the chance to form an opinion on Boston because the Red Sox made absolutely no attempt to acquire him.  For a team that desperately needs what Giancarlo Stanton specifically provides, that’s unacceptable.

Stanton was traded to the Yankees on Saturday.  He led the NL with 59 home runs this past season, and joins AL leader Aaron Judge who hit 52.  They also have a guy named Gary Sanchez who hit 33 dingers, and Didi Gregorius who hit 25.

That’s the two best home run hitters in baseball, and four players who hit more than anyone on the current Red Sox’ roster.

So what happens now?  The good news is, there are still two months before pitchers and catchers report to Spring Training.  The offseason is far from over, and Dombrowksi’s history tells us a big deal could still be in the works.

The three names that have come up recently are JD Martinez, Eric Hosmer, and Kyle Schwarber.  Martinez is the ideal candidate with 45 homers and 101 RBI’s in 2017:

The bad news is that no matter what happens, the Yankees will have the most powerful offense in baseball in 2018.  It will be interesting to see how the Sox plan on competing with that.