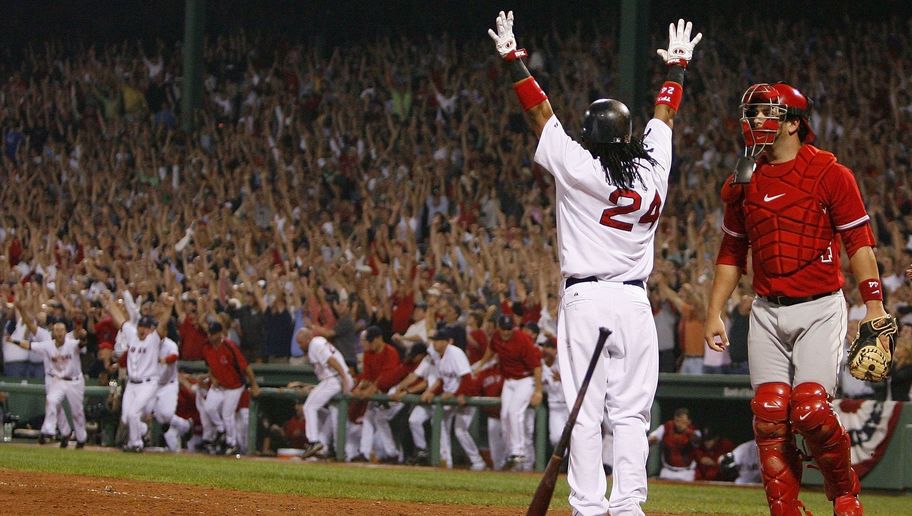 There was speculation that Manny Ramirez might be returning to baseball when his wife, Juliana, posted a video on Instagram that showed him taking some cuts in a batting cage in North Carolina last month:

A day later, TMZ Sports caught up with Juliana, who confirmed that her husband was working hard to get back on the diamond:

“He is training extremely hard,” Juliana says. “Batting, CrossFit, Orange Theory.  He never stops.  I told him, ‘Go for it!’ Baseball is the love of his life other than his family and I totally support him 100% … ’cause I know how much it means for him.”

This past Monday, Manny’s return became official when the 44 year-old signed a contract with the Kochi Fighting Dogs of Japan’s independent Shikoku Island League:

The Red Sox’ legend and future Hall of Famer has made a handful of attempts to get back into the game since he last appeared in the Majors with the Tampa Bay Rays in 2011.  He had a brief stint in the minors with the Oakland A’s in 2012 and then went to play in the Dominican Professional Baseball League in the off-season.  In the 2013 regular season he played in the Chinese Professional Baseball League before signing a minor league deal with the Texas Rangers on July 3rd.  The Rangers released him on August 13th after noticing a significant decrease in bat speed.

Manny made somewhat of a comeback in 2014 when he was named a player-coach for the Iowa Cubs, Chicago’s AAA affiliate.  He was able to prove that he still had some pop in his bat while also mentoring young guys like Javier Baez, who has become a star at the next level.

2015 was the first year in almost his whole life that Manny didn’t play any organized baseball, and apparently life away from the game wasn’t for him.  Some people seem confused by his decision, but I see nothing wrong with a guy sticking with his passion for as long as he can.

And for those of you wondering, I can guarantee that money had nothing to do with it.  We’re talking about one of the richest players in baseball history, and the Red Sox are still paying him through 2026.

The guy just doesn’t know what to do with his life when he’s not crushing baseballs.  Let Manny be Manny.