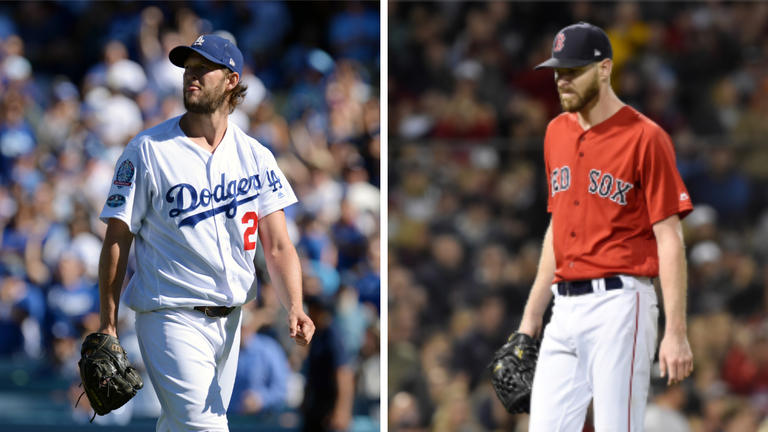 Fourteen years ago, Dave Roberts pulled off the most important stolen base in Red Sox history.  Now he’s facing the Sox as the manager of the Los Angeles Dodgers in the first World Series matchup between the two teams since 1916.

Roberts’ Dodgers are a worthy opponent for Boston’s fourth appearance in the Fall Classic since that historic 2004 season.  They come in as the underdog because no one in their right mind is still going to doubt the Sox after what they just did to the Yankees and Astros, but this one guarantees to be a competitive series.

Here’s how the teams compare:

Manny Machado and company can certainly do some damage of their own, but when you have Mookie Betts leading off and JD Martinez in the middle of your lineup, you automatically have a better offense than the team you’re facing.  If guys like Jackie Bradley Jr. can continue to produce from the bottom of the order, it’s impossible to hold this team down for nine innings.

The Sox have the best defensive outfield in baseball by a long shot, the infield is solid too, and it doesn’t get much better than Sandy Leon and Christian Vazquez behind the plate.  Even Rafael Devers has looked good at third.  Overall, the Dodgers have committed seven errors in the postseason to the Red Sox’ three.

For no reason other than his mental makeup, I fully believe Chris Sale we be solid if not great in Game 1.  He’s a competitor and he’s reached the most important series of his life.  He can let it all out a couple more times and then nurse his sore belly button all winter.

I also expect Clayton Kershaw to be really good, so that one’s a toss up.  After Game 1, however, the Dodgers have the edge in starting pitching as far as ability goes.  The Sox can hit anyone though so that doesn’t necessarily mean anything, and the Rick Porcello and Nathan Eovaldi are both fully capable of dominating if they have their best stuff.

The Dodgers get the edge here.  The Sox’ middle relievers have continuously exceeded expectations in the playoffs and I hope they continue to do so, but their lack of lefties leading to a need to call up Drew Pomeranz is a bit concerning.  When it gets to the ninth, there’s no doubt you’d rather have Kenley Jansen than Craig Kimbrel right now.

There’s nothing stopping this team.  I’m not buying it.  108 wins and 7-2 in the postseason.  Picking against them is no longer wise.  They can put together big innings and every night someone steps up when you don’t expect them to.  Boston’s 11th championship parade since 2002 will take place next week.