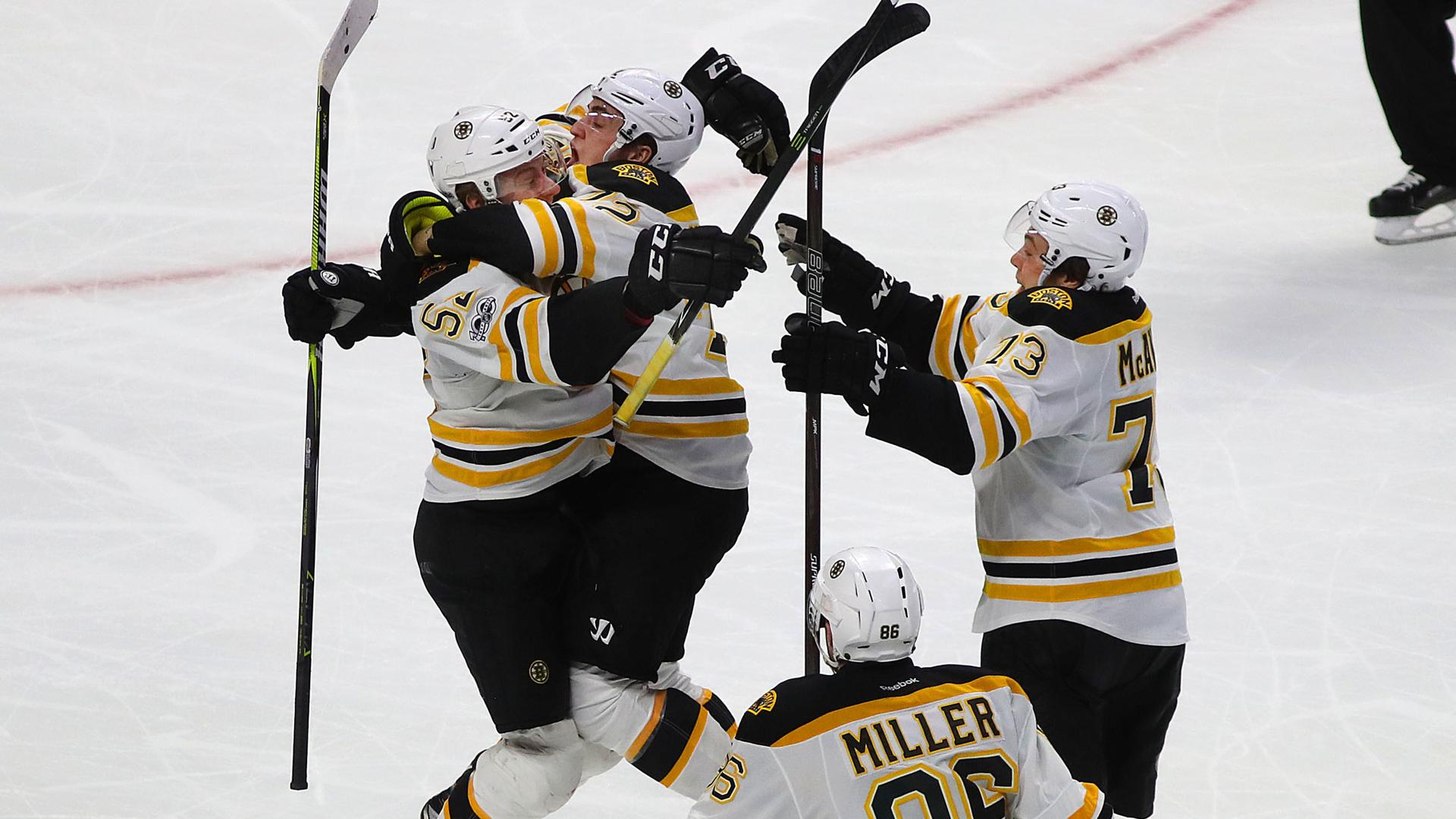 The NHL playoffs are known for producing unexpected heroes. In a sport with so many variables at play, sometimes the player you least expect will come up big for a team. The Bruins struggled against the Senators for three games in a row during this first round series, and even through the first period of Friday night’s game, they looked like a team defeated. They were smothered in the neutral zone and attacking ends by Ottawa’s defense. Two awful defensive lapses led to breakaway goals by Mark Stone and Jean-Gabriel Pageau. David Krejci left the game injured on a controversial leg check by Chris Wideman. It looked as if the Bruins season was all but over.Enter Sean Kuraly. David Pastrnak cut the lead in half on a nice follow up to a Brad Marchand shot on goal

Enter Sean Kuraly. David Pastrnak cut the lead in half on a nice follow up to a Brad Marchand shot on goal

Almost ten minutes after David Pastrnak cut the lead in half on a nice follow up to a Brad Marchand shot on goal, Kuraly, a 24-year-old rookie who appeared in only eight regular-season games for the Bruins,  has played three of the five games in this series against Ottawa. A defensive grinding forward, Kuraly was inserted into the fourth line center’s spot as Ryan Spooner sat, and he became one of Boston’s most impactful players on the ice.

Kuraly created his first goal of the night by bringing the puck to the net and challenging Ottawa’s defensemen and goaltender Craig Anderson to clear it, bouncing it off Chris Wideman’s leg and into the net. It wasn’t pretty, and it was pretty damn lucky, but it was his first career NHL goal.

After that, no goals were scored for two and a half periods, and fans were treated to the spectacle of playoff overtime hockey for the third time in five games. Play really opened up as fatigue wore in on both sides, but it seemed goalie Tuukka Rask got better as the game went on. Rask made 18 saves in the third period and overtime and was spectacular even as his team in front of him was penalized three times during these most pivotal moments. Defensemen Joe Morrow, Kevan Miller, and Charlie McAvoy each played at least 29 minutes and played a huge role in dismantling Ottawa’s attack and moving the puck up ice. McAvoy eventually picked up an assist on Sean Kuraly’s game-winning goal, putting the puck on net and affording Kuraly the opportunity to pick it out of Erik Karlsson’s skates and into the net.

Both of Kuraly’s is exactly what the Bruins need more of in this series- a body around the net, ready to pick up any puck that comes his way and slip it in. This is something Milan Lucic excelled at during his best years in Boston, and Kuraly earned some deserved comparison after his play last night. Kuraly was sent to Boston from the San Jose Sharks organization when Boston traded Martin Jones shortly after acquiring him, Colin Miller, and a first rounder in exchange for Milan Lucic in 2015. After his impressive play last night, Kuraly will surely remain in the lineup for Game 6. Between his play and the downright outstanding skills shown by Charlie McAvoy, who also

Between his play and the downright outstanding skills shown by Charlie McAvoy, who contributed two impressive bodychecks last night in addition to the assist on the game-winner. Boston’s best storyline right now are its young players thrust into the spotlight with little NHL experience. The NHL playoffs force some players to step up and become more than they were before, and the Bruins need Kuraly and McAvoy to keep up this pace of play to support a group of stars who have been shaky at times.