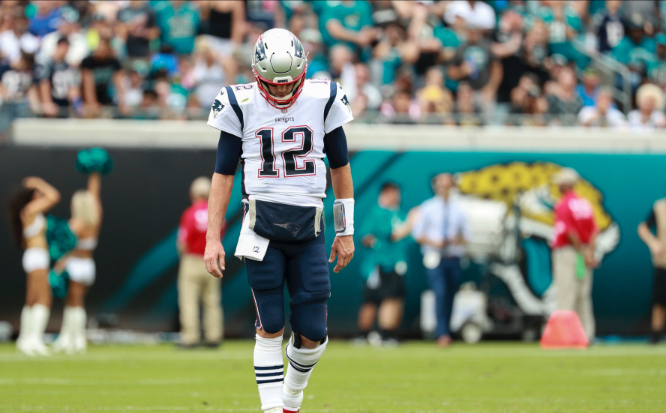 Sunday afternoon’s matchup against the Jaguars was one of the most highly anticipated September Patriots games in recent memory.  The Pats have been known to treat the first four weeks as an extended preseason, often going 2-2 before nearly running the table on their way to another Super Bowl appearance.

This time it felt different.  A rematch of last January’s AFC Championship, Ramsey talking shit about Gronk, Belichick being uncharacteristically engaging when asked about Ramsey.

The hype was all for nothing.  The Jaguars proved that they might be more than a flash in the pan, but more importantly we were shown once again why September football doesn’t mean shit in the long-run.

The Pats still have things to work on.  Playing a good team allowed them to have their weaknesses exposed.  Now is the time to figure out what you’re not good at so you can hopefully correct those deficiencies before things get serious.

Their defense isn’t as good as we might have thought it was after last week’s performance against a pedestrian Texans offense.  They allowed 377 passing yards to Blake fucking Bortles.  Their offense has plenty to work on as well, but we already knew that.

The point is that there are still more than three months of regular season football left.  Find your weaknesses in September, fix them in October, be at your best in November and December, and we’ll see you in the playoffs.  Until that trend stops, I’ll continue to not care about early-season losses.