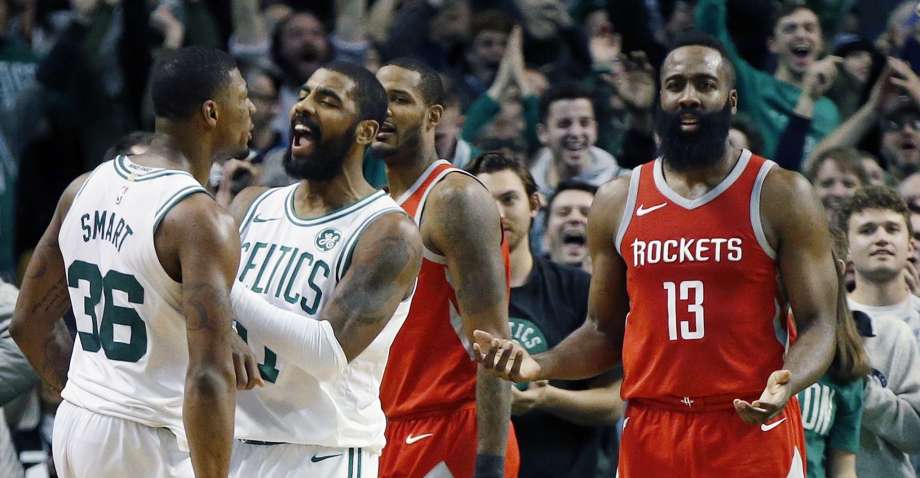 The 29-10 Celtics pulled off their most thrilling victory yet on Thursday night when they erased a 26-point 3rd quarter deficit to beat the Rockets at the Garden.

Check out the full highlights from the game here:

The ending was one of the most bizarre finishes to a basketball game that you’ll ever see, but it epitomized Marcus Smart’s role on the Celtics ever since he was drafted in 2014.  In typical Smart fashion (as Isaiah Thomas pointed out on Twitter), he got under James Harden’s skin and baited Harden into two offensive fouls to seal the comeback.  Al Horford came through with the game-winning shot:

Harden was 0-7 on the night with 4 turnovers when being guarded by Smart.  Other key contributions came from Kyrie Irving (26 points), Jayson Tatum (19 points), Terry Rozier (13 points), and Marcus Morris (10 points).

The Celtics lead the NBA with 29 wins.  They’ll be back at the Garden at 5:30 on Christmas Eve to take on the Nets.